I get David Pogue’s NYTimes blog postings in my email. I like his reviews and reflections, but today’s Two Tips for Facebook Users was particularly helpful. In it he reveals that there is a hidden “Other” messages mailbox. [H]ere’s the bottom line: Go to your Facebook page. In the left-side panel, click Messages. There, next to the boldfaced word “Inbox,” you see a light gray word “Other.” Click it to see your hidden stash of […]

It took a while, but it is finally up! The theme for the TEDxPSU conference was “Relics to Revolutions.” I was the host and MC so my talk was both a wrap-up and, I hope, a challenge. The challenge is to not only be innovative, but to be thoughtful as well. 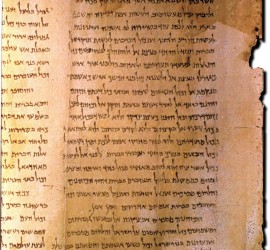 The IAA and Google partnership that has resulted in the the Leon Levy Dead Sea Scrolls Digital Library received a lot of press (and blog attention) when first released a few weeks ago. Now, on the IOQS Facebook page Shani Tzoref ask for this additional help from us on the project as it enters phase two. Shani Tzoref On the IAA digital library again… the IAA is about to start working on Phase 2 of […]

The December (or is it January?) Biblioblog Carnival is up and through it I discovered that Chris Heard had this great post on using Hebrew with vowels on the iPad. Until recently, iPad-using Hebraists had no good options for typing Hebrew with vowels on the aforementioned iPads. Apple provides a Hebrew keyboard for the iPad, but it does not include the נְקֻדּוֹת. Recently, however, third-party developer Žiga Kranjec released Unicode Maps, an app with an unattractive name but […]

I am very pleased to announce that the first post and podcast of Sacred Techs are now up! (The podcast is even available via iTunes.) This site is a collaboration between myself and Dr. Robert Cargill. We describe the site as, “posts and podcasts relevant to the study of things ancient using things very modern.” With “Sacred Techs” we wanted to bring together information focused upon using technology in the real of biblical and ancient studies. It […]

This weekend an article came out in the Chronicle of Higher Education about academics and academic units with multiple online “identities.” I was interviewed along with several others, but for some reason I was the only one of whom they took silly pictures. It is a very good article on a topic that really is a challenge for everyone, not just institutions. Everyone needs to ask themselves, what does my facebook/twitter/blog say about myself. If […]

On Academia.edu, apparently. Then again not. This past weekend Academia.edu was the victim of several phishing scams. Some of you might have received emails that were pretty convincing looking and suggested that Academia.edu had partnered with your university for some project. Then yesterday I, and others I suspect, received the email below, notifying us that Barack Obama, or his campaign at least, was following us. Again, the page was very convincing looking…until you go to […] 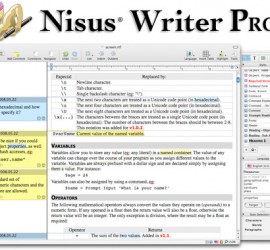 In the comments section of my review of Sente Danny Zacharias of Deinde expresses surprise that I was not using Mellel for my scholarly work. He did not realize that any other word processor on MacOS X supported unicode and right to left languages such as Hebrew. Not so! Nisus Software has been producing an incredible Mac word processor for decades and I have been using it for about as long. True, they took a […]

I am very pleased to announce that the Society of Biblical Literature has formed a new advisory board, and one with a great acronym. STAB, the Scholarship and Technology Advisory Board, will have its inaugural meeting at this year’s SBL meeting. The board will consist of the following individuals, most of whom are probably well known to the biblioblogging community. Bob Cargill Jim Davila April DeConick Tim Bulkeley Chuck Jones SBL staff members: Missy Colee […]

Not terribly useful given that it will direct you to this site, but kind of cool: Make your own at QR-Code Generator. Now, for those wondering what this is for, if you have a smart phone there is a free app out there with which you can take a picture of this image and it will redirect you to this website…or give you all my contact info (if I had set it up for that). […]