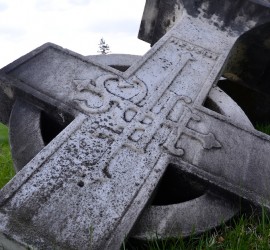 This past week aired my “This I believe” essay for WPSU. You can find the audio and the text here. It is a part of a yearlong project we are doing called  “Learning to Live: What’s Your Story?”  We recognize and understand that when someone we love dies, we will grieve. We mourn the fact that they will no longer be in our lives. Those around us will often recognize that we are grieving, offering […] 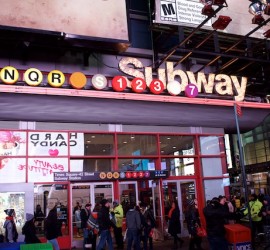 This weekend we met some good friends in NYC for a little shopping, food, and hockey. We arrived at mid-day for some belated birthday shopping our daughter and while I and the other males (Mack’s best friend and his father) went to Toys R Us, little did we know we could have watched the entire Rangers game at MSG then gone back and met the ladies before they finished in the one store targeted for devastation […] 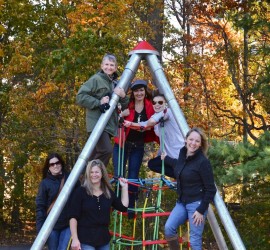 This past weekend was an emotional one for us. Of course every day is pretty emotional now, but Saturday and Sunday was on the very good end of that emotion. Mack’s elementary school dedicated a climbing “teepee” in his memory. Please read my wife’s post about the event and the words of an artist who game us a beautiful pencil drawing of Mack. Then on Sunday the Penn State Men’s Soccer team played a gritty […] 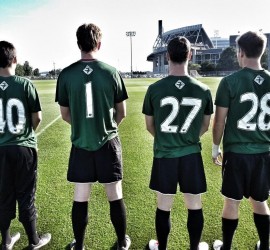 Penn State Soccer has started! The Men are currently 2-0-0 in the regular season with wins over Radford and Central Connecticut. In less than two weeks on 9/13/13 we will be hosting Cal for a very special game. It will be a night to remember and celebrate Mack with lots of events and activities for our junior soccer friends. This is going to be a big game for Penn State men! Over this past weekend Cal beat […] 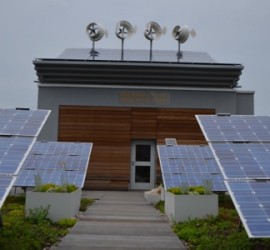 I am very fortunate to be able to travel for Penn State this summer. I was recently named as chair of Freiburg “Faculty Implementation Committee Team,” or “FIT.” Last spring a memorandum of understanding (MOU) was signed between PSU and the University of Freiburg. This is a university-wide agreement and we already have decades of collaboration between our two universities from philosophy to forestry and now energy and honors. In a few weeks over a […]

Remembering Coach Paterno, a set on Flickr. This has been an emotional weekend for everyone here in the Valley. Former PSU player, current Oakland Raider, and Schreyer Scholar Stefen Wisniewski spoke eloquently at the vigil last night about the humanity of Coach Paterno, that he was, like all of us, a human who did things requiring forgiveness and redemption, but he was also a man who provided incredibly positive influence in the lives of thousands. […]

I posted this to my blog for our Presidential Leadership Academy.  Sometimes we learn best through sight and song. The debt ceiling debate has brought renewed attention to how bills become laws. This fall we will be headed to DC and will get a tour of the Capital and some amazing speakers who will give us an inside look at how Washington works. Until then, enjoy this relic of my childhood.

If you are interested in using digital tools in your research (and you must be since you are reading blogs, right?) then head on over to this new blog. It will follow the discussion and progress of a group of faculty from the College of Liberal Arts at Penn State. I am pleased to have been able to beg my way into this great group. In this summer research project, we are exploring the use […]

Last weekend we conferred Scholars’ Medals on over 360 students who were graduating with Honors from Penn State and the Schreyer Honors College. I usually do not share my speech, but this time was special. I share it here along with my sincere congratulations to all our Scholar graduates. I could not be more proud. 2011 Spring Medals Ceremony Good afternoon Scholars, Parents, Trustees, President Spanier and Provost Erickson, colleagues, ladies and gentlemen. Congratulations to […]

This week I have taken a quick trip out to the west coast to meet with a friend of Penn State and the SHC. I have to say that the more I come out here the more I like California…well, parts of it. Of course I suppose you can say that about any place. I know myself. I know that I do not like cities, at least, not as places to live. That is much […]