I have addressed this subject several times on this blog before. I posted a poll almost two years ago and gave the example of Dean Dad. The recent CHE post by the Provost of Idaho State University regarding the limits of academic freedom and lunch with the CHE reporter for technology had me thinking about this subject again from a slightly different angle.

I understand many of the arguments for blogging anonymously within the academy. I am sympathetic particularly to those pre-tenure faculty members who worry that if their identity, and consequently ideas, are discovered that it might be used against them in tenure review. But as Provost Olson pointed out academic freedom, while not the license to do whatever a faculty member wants to do (as some have interpreted it) is all the protection needed for a faculty member to express ideas that challenge the status quo in their field. Of course that does not extend to extra-disciplinary speech.1

So at this point there is perhaps an argument for someone who wants to be outspoken about various topics that are outside of their field. If I am a biologist, for example, and I want to rail against religion, something well outside my field of expertise, then I might want to do so anonymously to protect myself against reprisals (or then again, maybe not). Of course we have lots of other laws that protect our speech and protect us against discrimination.

This is leading me to the growing conviction that academics should not blog anonymously. If we truly believe in the dissemination and  examination of ideas then we should also be willing to own up to our ideas. There is some risk, but we are living in an age and country2 with tremendous protections. To you believe what you are saying? Then say it clearly and be willing to defend your views in the light of day. 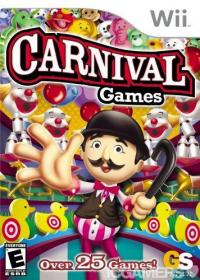 I am late in noting the latest Biblioblogging Carnival, a sin which is all the more egregious because there is a kind […]