Yesterday Dr. Jim West gave a long response to my earlier post contemplating how it is that we (I) write. As is his open style, Jim was very forthright with his opinions and as a result has in turn offered a post very much worth of comment.

With what authority do we speak?
I want to begin, however, with an apology of sorts. When I began writing that post, I had meant to focus more upon the general way in which I tend to write and speak as I have begun to realize that it seems rare that I simply make a statement or offer an opinion directly, such as Brunner did in his day and Jim does in ours. I think that there are a variety of subtle factors involved and not just a timidity and certainly not a concern about being held accountable.1 My bigger question that I lost sight of in my post (and nearly did so again in my footnote) is why it is that I find myself so unwilling to simply speak directly about anything. I don’t mean just about questions of faith or politics, although the stakes are certainly higher there and make those topics all the more relevant for this discussion. I often find myself hesitant to simply state when I think a scholar is wrong or that I think a particular musical group is great (The Choir, for example).

I do not have answers to what motivates me (let alone you) to write or not. I can say that taking the time to write as simply and directly as I could my “devotionals” during Lent was a somewhat challenging practice. It was liberating in many ways and certainly was a “risk” in the sense that I never thought about who might read them. I suppose I am contemplating a kind of “call to honesty” for myself, but not a lack of inhibitions. And that is where Jim and I are clearly different people. Commenting upon my observation of having different sorts of blogs and content Jim says,

Jim says he finds no fault in those who compartmentalize their lives but says that one who does compartmentalize their life is timid. I don’t think so. I think there are different contexts and communities and not only do we behave differently in each context but we ought to do so. Paul may have been no Zwingli but he understood that he had to change the method of his delivery (but not the message) depending upon whether he spoke in the agora or the synagogue. I think it reasonable and appropriate to do the same in my own life.

I have several roles, aside from the fundamental ones of being a Christian, husband, and father, that include being a priest, a scholar of ancient Jewish literature, an academic administrator, with students in every discipline, a fundraiser, a friend, and so on. When I go to speak to the Jewish Federation in Las Vegas next month I will speak about Targum Ruth and it will be a very different sort of lecture than the sermon that I will preach the following Sunday in our Episcopal parish. I do not think that there is any timidity or duplicity in this. (Although at times it feels very complex and headache-inducing.) In each context I say what I believe to be true and I do not not speak what I feel compelled to say.

Blog redux
This brings us back to the question of what context we should understand blogging to be. Jim responded:

Blogging is the setting forth of one’s ideas in interaction with others as part of a wider community with the goal of achieving understanding and the communication of perspective. Anyone who cannot or will not be him or her self in their blog has something to hide, feels ashamed of something they think, or fears that others won’t ‘like them’ if they say it.

I certainly agree with Jim’s first sentence in the quote above. I do not agree with the subsequent assertions. First of all, a blog being a “setting forth of one’s ideas in interaction with others” still leaves a lot of room to determine unique contexts. One commentator on Jim’s post suggested that a blog was more like a coffee shop than a water-cooler and that is reasonable and would fit Jim’s definition. But an OpEd column would also fit Jim’s definition (so long as comments are turned on) and would be quite a different sort of venue. I have one blog for my college news and information where I am “Dean Brady” and the content and tone that I take there is no less “me” but is not nearly so far-ranging in subject matter is this blog.

Fundamentally I believe a blog is what the blogger defines it to be and their blog cannot be defined by anyone other than that blogger. So I do not think that someone who chooses to limit their content or strike a persona is necessarily doing so out of fear or shame. They may use it for ends that I disagree with (such as the pseudonymous blogger “Dean Dad”), but as with any other form of self expression their reasons and motives will be complex.

So where does this get me? I suppose the fundamental principle (that has always been there for myself and why I do not use a pseudonym) is that I be honest and forthright in what I say and write. I won’t always share everything I believe and on some matters I am not sure what I believe, but whatever the context and whatever I say or write I intend it to be direct and honest. Now about the Episcopal Church…

Not sure if you all had heard the news yet or not: Towson U. Nears Merger With Baltimore Hebrew U. Ninety years after […] 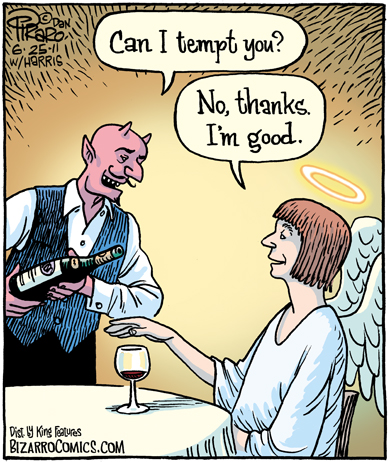 UPDATE: J. K. Gayle has offered some additional links specifically from women bloggers. (I will more fully incorporate them into the blog […]