Reading Jim’s posts about and from Emil Brunner [that blog link is now dead] has me again pondering how I write. Since beginning to blog about 4 years ago (initially anonymously) I have thought carefully and often about how I write, what perspective I take, voice, tone, and language. Dean Dad refers to an interesting post from Dr. Crazy, “Pseudonymity is not Anonymity, duh,” with the basic argument that a pseudonym has character, identity, and substance whereas anonymous is, by definition, lacking any distinctive, “without identity, being untraceable.”

Yet it was the force of Brunner, speaking about, for example, what it means to be a believer that has me considering in a deeper way how I write. Let me come at it from one more angle. I am regularly invited to speak at synagogues, as a non-Jew who specializes in early Jewish literature, about what did or did not make Jesus distinctive. One of the traits as presented in the Gospels that I think definitively sets Jesus apart from later representations of the rabbis is that he “spoke with authority.” That is, he did not seem to feel the need to present his statements as being derived from a predecessor.

Perhaps it is having grown up in a biblically literate home, where this view of Jesus’ authority is held up, or perhaps it has been my training as an academic to always cite sources, but I know that I often feel coy about directly stating my own views or thoughts in writing. This is true in most venues. In academic writing, of course, I do make assertions and come to my own conclusions, occasionally (one would hope) at odds with what other scholars have written, but never until a sufficient balustrade of reference and citation has been offered as support. On the blogs I have at times tended to be even more timid, for all the reasons we might reasonably consider: it is a semi-permanent record, avoiding confrontation, and, perhaps my most crippling fault of all, not wanting to be misunderstood. I don’t really mind conflict or contradiction so long as my position is accurately understood.

So I wonder if others wrestle with this as well. It is not a question of pseudonymity or anonymity, I use the name “Targuman” but I do not hide the fact that I am Christian Brady. It is a question of what pressures or constraints, internal or external, do we feel when we set down to write. Someone like Dr. Jim West, for example, seems to feel no such constraint. Jim Davila and Mark Goodacre have very stately academic blogs (although Mark now has a blog that comments on more personal matters as well). I tried to have the latter, but found that others did it better than I and cannot bring myself to follow the former. Of course, I wouldn’t say that I am not myself here on the blog, but I am certainly constantly aware that anything I post could be preserved and brought out at some later date.

I sometimes wonder if it isn’t a bit like the difference between preaching and lecturing. I am assiduous in the secular classroom to maintain a certain distance from texts, traditions, and beliefs. The only beliefs of mine that are relevant in that context are my academic convictions. But from the pulpit I preach what I believe to be the truth with what I pray is conviction. So what is the blog? Pulpit, classroom, water-cooler, or …? 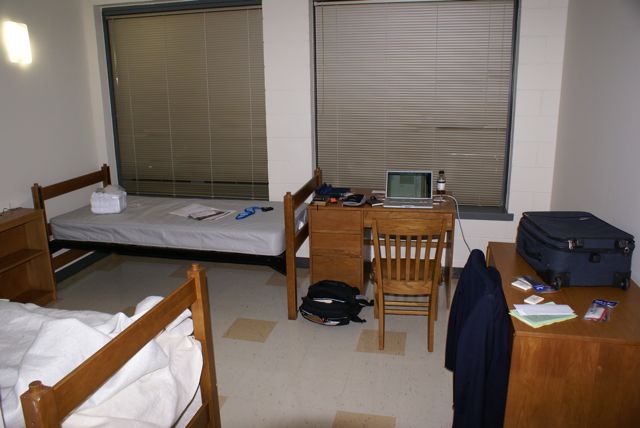 This weekend an article came out in the Chronicle of Higher Education about academics and academic units with multiple online “identities.” I […]