I have long been a fan of Dan Piraro’s odd one-panel comic Bizarro. Our views don’t always jive (although we both like cigars), but I was impressed to see him (or anyone really) so publicly admit to changing their mind about an issue, especially a currently politically hot issue. Last week he had the comic below, sans the “Schooled!” comment, poking at the issue of genetically modified organisms. In response, readers sent him links to relevant scientific information and he made an informed decision to change his mind. Go and read it all, well worth it.

A couple of days ago I posted about GMO foods and how dangerous they are. Thanks to several comments by readers, I did more thorough research and completely changed my mind.I encourage you to read some or all of the articles I included at the end of this post and see if you come to the same conclusion. 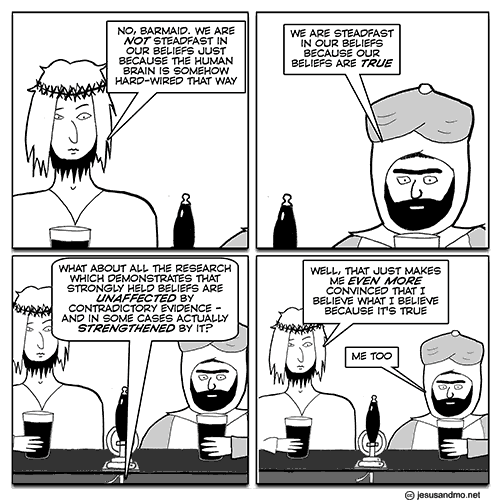 I have mentioned before that the LoC is posting some of their photographic holdings to Flickr as they are scanned. Today saw […]

Jim W takes great pains to regularly remind us of the total depravity of humanity (Jim, how about a bit more on […]