… and which candidate is more like JC. (BTW there are very real and interesting historical questions about Jesus’ ethnicity that are usually very poorly handled. This story is actually about modern social issues and contemporary politics.) I like the contrast put forward:

Less remarked are the differences in how the color of Christ pertains to each candidate’s campaign. Ever since videos emerged in 2008 of the Rev. Jeremiah Wright shouting “God damn America” and “Jesus was a poor black man,” Obama has been attacked for the words of his Chicago pastor. The Jesus of Wright’s black-liberation theology is too incendiary for many voters, black and white. (Surveys show that very few African-American churchgoers think of Jesus as black, and that many whites are affronted by the idea.) At the same time, Obama has been presented in rhetoric and imagery as a Christ-like figure who can redeem the nation and world (sometimes portrayed with a crown of thorns, sometimes riding on a donkey). This black savior is a fellow sufferer.By contrast, Romney, whose religion is so very much a part of his life, has experienced few questions about the many whitened images of Jesus in Mormon art. Although European and American artists have commonly depicted Jesus as white, Mormons were among the first Americans to give him blue eyes, and their theology has a particular focus on the body—they believe that Jesus still has the same physical body he had 2,000 years ago. Even though the Christus was first placed in Salt Lake City just a few years before Romney entered Brigham Young University, there has been no public debate over the race of the candidate’s Christ. Of course, no one has compared Romney to Jesus, either.

Be sure to read the whole thing for a fairly good summary of US history of envisioning Jesus: The Contested Color of Christ – The Chronicle Review – The Chronicle of Higher Education.

One thought on “Forget about Jesus’ wife, let’s talk about his color” 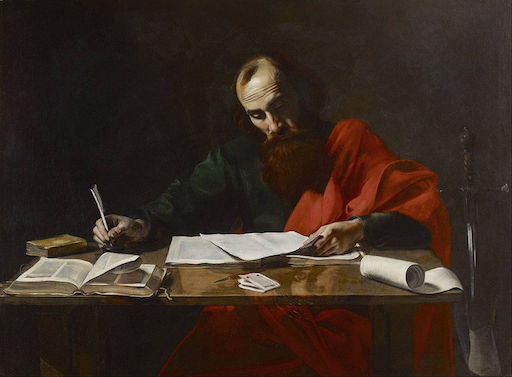 This is a vexing passage that has engendered incredible and valuable debate over the millennia. It is perhaps not surprising (?) that […]

Reading D. A. Carson’s How Long, O Lord is bringing me to terms with some of the more basic premises that I was […]

I have been busy with work so have not had time to blog, but I have been following the DNC. And of […]