Cross-posted from my SHC blog: 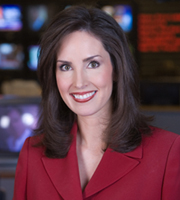 I have just uploaded a podcast recorded in mid-April with Karen Swensen, Scholar class of 1991, and former WWL-TV anchor. Karen lived in New Orleans from 1992 until early 2006 and she remained in NOLA during Katrina, as did her husband, a homicide detective with NOPD. She is now living near Boston and is an anchor for a cable news network and last year completed a documentary on Katrina.

We are fast approaching the second anniversary of the greatest natural disaster to occur in United States history. There are great things happening on the ground in NOLA but not as much as should or could be happening. Karen and I reflect on those terrifying days and the slow progress since that fateful weekend in August.

Karen Swensen, Penn State Scholar BA 1991 and MA in Journalism 1992, and former SHC board member, sat down with me this past spring to discuss and reflect upon the effects and aftermath of Hurricane Katrina. Karen was for 12 years an anchor at the WWL, the CBS affiliate in New Orleans. My wife and I often watched her evening news broadcast during our 9 years living in NOLA.

In our conversation I mention the book by Chris Rose, Times-Picayune columnist. It is “1 Dead in Attic.” This book is a gut wrenching and direct series of articles and is a very important read for anyone and everyone. Find out more at his site http://www.chrisrosebooks.com/.

One thought on “Podcast – Katrina Two Years On”

I am very (very) pleased to post my translation of Targum Ruth. It can be found here and the opening comments and […]

Don’t ask me how I got to this (since I will tell you: from reading this comic) but I thought this was […]

Our daughter’s that is. She has just started piano and is taking to it very well. “Old McDonald Had a Farm” never […]