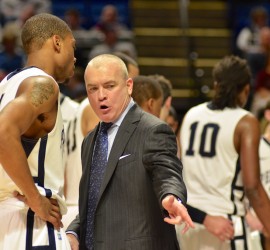 Posted in my blog for the Presidential Leadership Academy.  This week Mark Cuban “shocked” (shocked! I say!) the sports world by suggesting that the   NCAA and its players would be better served going to the developmental league than spending one year in college and then going into the draft. I first heard about it on Mike and Mike in the Morning when Jeff Van Gundy mocked Cuban’s idea and said that it isn’t the NBA that should change, but universities, saying […]