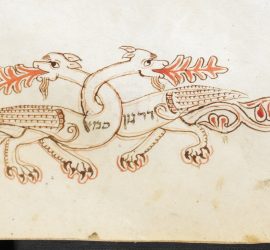 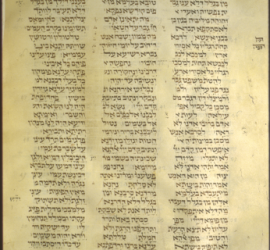 I finally got around to posting the transcription I made years ago of TgLam for my doctorate and the subsequent book. The text is from the MS Urb. 1, represented without the vocalization. There may be some new errors introduced with the copying and pasting process (and Unicode transitions) but I think I cleaned it all up. Please let me know if you find any errors. http://targuman.org/blog/targum-lamentations/transcription-of-tglam-from-urb-1/

I am pleased to be able to post on the Newsletter for Targumic and Cognate Studies images for TgLam and TgRuth from the Codex Solger MS 1-7.2° (Solger) manuscript. The images are made available with the permission of the Stadtbibliothek Nürnberg. They can be found under the “Targumim of the Megillot” section of the NTCS site. The images are also available at this site following the tabs above to my pages on TgLam and TgRuth. […]