A few caveats to begin. Although I have known of John Piper for years, I am just now coming to read his teachings on suffering and the sovereignty of God. The book by that name is graciously made available for free download on his “Desiring God” site and is worth reading; there are multiple authors with thought-provoking comments. It was published in 2006. Finally, I know that he and the other contributors are motivated by the desire to bring healing to others and strengthen the church. I do not doubt his motivation. That being said…

In Chapter 3, “The Suffering of Christ and the Sovereignty of God,” John Piper sets out “to venture the ultimate biblical explanation for the existence of suffering.” A bold mission for anyone, to be sure, and JP gets right to it saying,

“I believe the entire universe exists to display the greatness of the glory of the grace of God.” (p. 81, emphasis is by the author.)

The question of “why did God create the universe” is challenging, deep, and I do not have an answer, other than to suggest, we cannot know. It is a question which is never directly posed in Scripture and I would argue is not even indirectly hinted at (as opposed to why humanity or the Earth were created, there are hints and statements about that). So while I do not think we can say with any assurance why God created the universe, I question the proposition that God did so in order to revel in his own glory. Piper is effectively saying that God vainly created a giant mirror in order to preen in front of it, demonstrating to Godself how awesome God is. Yet Piper offers even greater specificity.

The pinnacle of God’s glory and grace is found in the sacrifice of Jesus for our salvation and, JP argues, since that was the purpose of Creation, it was ordained from the beginning of all things that Adam and Eve should sin so that Jesus would need to die so that “the greatness of the glory of God can be most fully revealed.” Jesus and we have to suffer so that God can look good. Lest you think I am reshaping his words to make it sounds worse than it is, here are a few more quotes (italics are Piper’s and bold is mine).

“This was the moment—Good Friday—for which everything in the universe was planned. In conceiving a universe in which to display the glory of his grace, God did not choose plan B. There could be no greater display of the glory of the grace of God than what happened at Calvary.” (p. 82)

“Do you see what this implies about sin and suffering in the universe? According to this divine plan, God permits sin to enter the world. God ordains that what he hates will come to pass. It is not sin in God to will that there be sin.” (p. 85)

[Using as an analogy Joseph’s comments to his brothers in Gen. 50:20] “As for you, Adam and Eve, you meant evil against God as you rejected him as your Father and Treasure, but oh what an infinite good he planned through your fall!” (p. 85)

“You have fallen, and now the stage is set for the perfect display of greatness of the glory of the grace of God.” (p. 85)

It boils down to this: JP argues that God created the universe to exhibit his glory ⟹ that is best exhibited in Jesus’ suffering ⟹ humanity must sin so that Jesus must suffer therefore it was part of God’s plan all along that Adam and Eve should sin so that Jesus would die so that God’s glorious grace would be know.

What a torturous train of thought! He tells Adam and Eve “you meant evil against God as you rejected him as your Father and Treasure, but oh what an infinite good he planned through your fall!” Yet it was an “infinite good” only made necessary by God’s need for self-aggrandizement.

JP argues that Jesus/we must suffer so that God’s gracious glory might be known. But if God is God surely there are other ways that he could make his glory known. And if God is the God JP describes he is an incredible narcissistic and vain God.

I understand the motivation: to provide comfort and a sense of purpose to our suffering, to encourage us that it is not in vain, but rather a part of God’s plan for us and the universe. Yet this has led JP to described a twisted and warped vision of God who is self-centered and vain, who “will sins” (yet “it is not sin in God to will that there be sin”), and who needs Jesus’ consequential suffering and death just so that this God might be glorified.

What damage can be done by the best of intentions.

There are many other concerns, comments, and critiques that I would explore. Such as the assertion that “everything that we will ever enjoy will come to us because of suffering” (so his teachings and example of life is meaningless?). My concern is not with proving an obscure theological point, but with encouraging and building up the faithful through a compassionate embrace of the full biblical testimony and their personal experience.

This book begins with a quote from David Wells stating, in the aftermath of 9/11, that “Evangelicalism…is simply not very serious anymore” (p. 17). I agree wholeheartedly. When JP says that “our vision of God in relation to evil and suffering was shown [by recent catastrophes] to be frivolous,” (p. 18) I say, “Amen!” Sadly, his theological approach does not show a serious and deep reading of the Bible, but rather a rigid and fragile human construct that will not hold up to serious examination. It is crystalline, seemingly perfect and very attractive and yet unable to withstand the stress of real life or even logical thought.

That being said, I know that this view brings comfort to many and I do not want to take that from them. But I also know that it has brought great grief to many, even to the extent of driving them from the church. It cannot stand unexamined.

This world of God’s creation is “full of beautiful and terrible things” and in the midst of this Life God meets us. That is the message of Scripture and God’s grace. 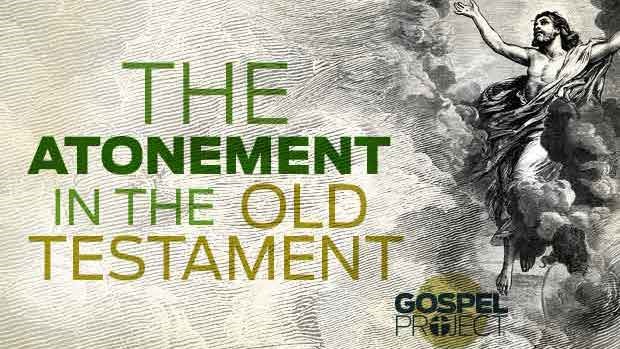