WARNING: Do not read if (1) you do not like/have no interest in Doctor Who or (2) have not seen the latest episode, “The Day of the Doctor.”(Unless you don’t mind spoilers, if so, feel free to read on.)

[pullquote]It is entirely too easy to put time in a bottle and say, “Everyone lived happily ever after!”[/pullquote]I have been a Doctor Who fan for decades. I do not write about it as often as my other colleagues and I was unable to sneak out of SBL to catch the simulcast of this 50th anniversary episode like some. So I recorded the episode and happily sat down with my daughter to watch it on Sunday. I enjoyed it thoroughly, I really did. It was fun to see some old faces and I was very intrigued with the development of the single biggest background event of the Doctor’s life: his destruction of the Daleks and the Time Lords in order to end the Time War.

The Doctor has carried with him the horror and the weight of his actions and, as this episode makes clear, it has motivated and prompted him to do much good as a result. John Hurt as “The War Doctor” realizes this in the climatic moment of the episode where he decides that he must, in fact, proceed with his plan to destroy both Gallifrey and  the Daleks. With all of the cost the result is that the war that is ravaging “all of space and time” is ended and he becomes a better person, a person who fights relentlessly to bring peace throughout space and time.

But then the writer, Steven Moffat, whose work I almost always love, takes the easy way out. “Of course!” One of the Doctors cries and they all start dancing around, realizing their brilliance and that they can end the war and save Gallifrey. Happy ever after! Because not only is everyone saved, but the Doctors will not remember that they have actually saved Gallifrey (it is actually in stasis in a painting) so he will still become the crusading Doctor who always saves…everyone! Huzzah and hurrah!

Now I know this is science fiction and I am one who turns to TV and movies and books for escapism. I have too much reality of my own to really want to see a horror movie or yet another docudrama about the tragic loss of children. (Over 400 years of surviving the “destruction” of Gallifrey the Doctor actually counted up how many children he “killed” on that day.) And I don’t worry about the plot holes created by bringing all these Doctors together, something that on its own terms should not be allowed in the DW universe. And I realize that my response to this episode is colored dramatically by our own experience of loss. All that being said, I am disappointed.

Moffat had a chance to wrestle fully with the stark realities of decision making when all your options are not simply bad, but horrific. I hated (and still hate) the idea that the Doctor had to destroy them all in order to end the war. But it is entirely too easy to put time in a bottle and say, “Everyone lived happily ever after!” Because in every universe everywhere and at all times that doesn’t happen. Evil, disease, wickedness, and suffering do exist and often it just cannot be stopped. Sadly, usually not until many have suffered.

What disappoints me the most is that prior to their epiphany I thought Moffat was presenting an excellent reflection on suffering and loss and how to cope with it. It struck me as powerful that Rose Tyler was chosen as the interface for the doomsday device since she was the one he couldn’t save. It wasn’t really her, and that was a good thing; it reminded us that not everyone can be saved. More to the point, however, is that the story builds to a marvelous crescendo with the realization that the Doctor is how he is because of who he was.

And then it was all swept aside.

Elizabeth and I have often reflected and she has written about the importance of choosing how we respond to the hardships we encounter in our lives. That has been the power of the Doctor, at least in this resurrected series. He has made poor choices and had great challenges and sorrow in his life and yet he continues to live beyond (to survive) and he chooses to make better choices and to overcome challenges.

Even those that cannot, ultimately, be conquered.

7 thoughts on “Why I am disappointed in Doctor Who”

Our son Mack is buried in this beautiful and historic cemetery. Many of the graves go back to the 18th century and is concerned […]

Last Sunday I was driving home from Altoona, about a 40 minute drive, after having served as a supply priest for a […] 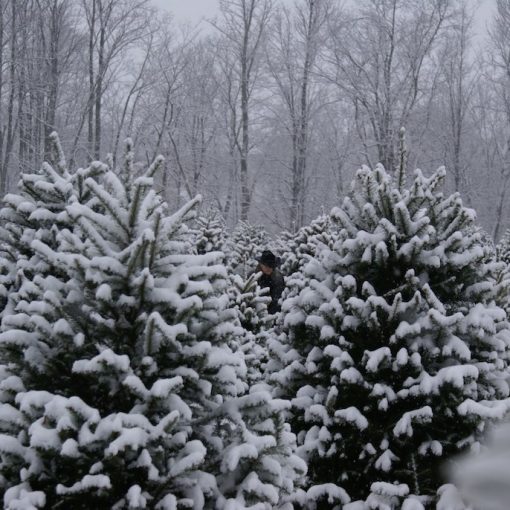 This past week family and friends gathered to celebrate the life of my father, Charles Darnell Brady, and affirm our faith in […]