I am proud to say that I scanned all of the DSS images for the first OUP/Brill CD-ROM (and edited the database) while a graduate student. The scanning was all done on an Apple machine (a Macintosh IIfx, if I recall correctly) and a rotating monitor. About 1/3 of the images had been scanned when I arrived, but by then we had moved from 150dpi to 300dpi so they all had to be rescanned. Talk about tedious work. But I have the images and they are still useful, even though better quality images are now available.

So here’s to the crazy ones, Emanuel Tov!

“The Mac played an absolutely critical role in our 16 years of work,” confirms Professor Emanuel Tov, Editor-in-Chief of the Dead Sea Scrolls Publication Project, based at the Hebrew University of Jerusalem. “Most important for us was the Mac’s versatility in using different fonts, as we were working in Greek, Hebrew-Aramaic, ancient Hebrew, Syriac and English. We also found the Macs so easy to use, and they literally never crash”.

This is a fun game (that I got no where near to solving) from Wired.com. One hint: Dr and Doctor fans have […] 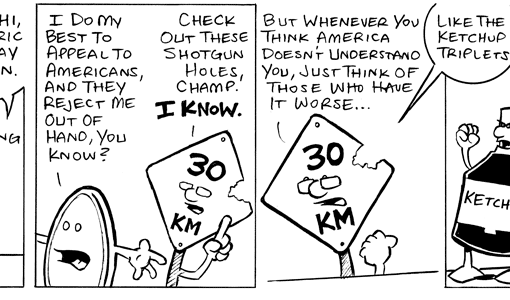 We sure don’t. Still More Items of Interest! I saw a link on Digg today which made me chuckle. It’s a global […]

Tonight I had the great honor and pleasure to interview Dr. Jim West, a Patriarch of Biblioblogging. Our conversation ranged over preaching, […]