The Chronicle: Wired Campus Blog: If You Can’t Beat ‘Em…

Nicola Pratt, a lecturer in international relations at the University of East Anglia, in England, tells The Guardian that she was once one of those “disgruntled” academics who berate students for using Wikipedia in their essays. But then Ms. Pratt had an epiphany: Instead of complaining to her students, why not recruit them to make Wikipedia better?

The lecturer is now asking her graduate students to edit eight Wikipedia articles — on contentious topics related to the politics of the Middle East — and to make them more balanced. Ms. Pratt has also told students they must create a new article of their own. One hopes students’ grades won’t be dependent on articles making it intact through Wikipedia’s rough-and-tumble editing process. –Brock Read

What do you all think? It certainly can’t be any worse than it already is, the articles can get out of control. I think Wiki has some issues. I do not buy the “culture” that says you cannot edit articles about yourself, for example, but I certainly don’t think that it should be commercial. The “editors” (whoever they are) seem to have fairly capricious views as to what is acceptable. Web comics, for example, have been deemed not “noteworthy” enough to be included, or rather, to be deleted. If the information is accurate, why delete?

So, are any faculty out there going to assign their students to edit articles? The Moabite entry is pretty slim.

(Via The Chronicle of Higher Education.)

I will have the Biblical Studies Carnival for January up as soon as I can. In the meantime, if you have any […]

This podcast is of the fourth paper in the SBL session on blogging and online publication. The presenter is James McGrath. S22-209 […]

Thank you CH for a job very well done! Biblical Studies Carnival XV, in Memory of Bruce Manning Metzger Welcome to the […] 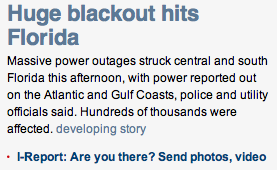 What is wrong with this? I can’t be certain but I am thinking that it would be a little difficult for you […]