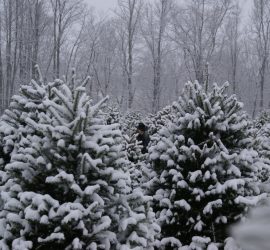 This past week family and friends gathered to celebrate the life of my father, Charles Darnell Brady, and affirm our faith in the resurrection, the resurrection of Jesus our Savior and the transformation of our own death into life. The audio from the entire service can be found here. Click on these links for the audio (and text) of my brother’s remembrances of our father and my sermon. Below is the text upon which the […] 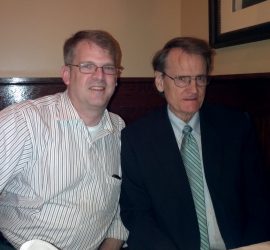 By Dr. Stephan Brady. So I guess I was given some some directions. One is not to make certain people laugh or cry. That would not be of service to my dad who makes us laugh all the time, whether you meant to or not. But I guess my charter is to kind of be the synoptic gospel. And Chris is going to be John, if I got it right, and doggone it, you told […] 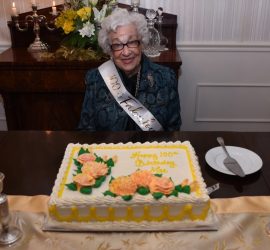 “It makes me a bit worried about what the next year will bring,” I said. “What does?” asked Elizabeth. “The fact that things are going so well.” It was Christmas Eve 2012 and we were finishing wrapping presents and a glass of port. I was reflecting on the fact that there had been three major areas of concern in the last few months that had been weighing on my mind and now, just before Christmas, […] 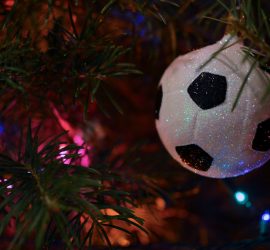 Updating yet again as we are coming up to Grandma’s 100th birthday in just two weeks! (I originally posted this in 2006, when our son Mack was still with us and 2 years old helping in the process. Now our daughter is nearly through college and Grandma is about to hit a century! We remain blessed.) This treat has been a staple in our family my whole life, for Thanksgiving and Christmas. Google will tell […]