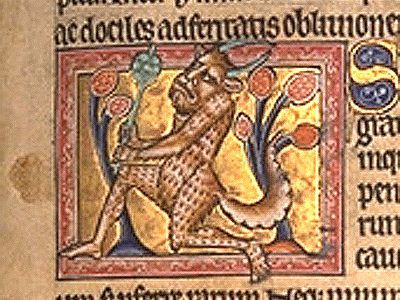 From my occasional blog for the Presidential Leadership Academy

There was an exciting announcement that went out via email this past week. A member of the Presidential Leadership Academy, Remy Maisel, and Penn State professor Dr. Sophia McClennen will be co-authoring a book titled, Is Satire Saving Our Nation? Mockery and American Politics. For those who know Remy this should come as little surprise since she regularly writes for the Huffington Post on political topics and loves the Colbert Report, the subject of McCelnnen’s previous book, Colbert’s America: Satire and Democracy.

In a previous Twitter exchange we discussed the role of satire and it was stated (and I paraphrase) that satire “never tells anyone what to think.” That statement has bothered me because it is patently untrue.

We can simply begin with the definition of “satire.” From the Oxford English Dictionary (online edition):

A poem, or in modern use sometimes a prose composition, in which prevailing vices or follies are held up to ridicule. sometimes, less correctly, applied to a composition in verse or prose intended to ridicule a particular person or class of persons, a lampoon.

The key to remember is that satire always is presenting an idea or concept to be ridiculed and mocked. (And as the OED notes, less correctly “a particular person or class of persons.”) The very nature of satire is to convey to the audience that the thing which is the subject of ridicule is worthy of ridicule, i.e., not something worth believing or espousing. So, for example, Jonathan Swifts A Modest Proposal is a classic work of satire from 1729 wherein he argued that the poor of Ireland could improve their economic plight by simply selling their children to the wealthy as food. This straight-faced, seriously argued work mocked the views of those who held callous views towards the plight of the Irish. Find Swift’s argument repulsive? Then reconsider your own views towards the poor.

Today, thanks largely to the Daily Show and its spin-off The Cobert Report, we have a modern resurgence of political satire. I won’t bother with examples since just about every piece of every episode (and the entire concept of The Colbert Report itself) is satire. And I think it is great. I love satire, I think it shows creativity and insight, when done well. I think the subject of McClennen and Maisel’s book should be very interesting. But I trust that there will be a reconsideration of the suggestion that satire is not intended to “tell people what to think.”

Of course it does. Satire tells us, at the minimum, that the position being mocked is not worth maintaining.

So when Colbert reviews Ted Cruz’s filibuster the mockery makes the audience laugh at Cruz and therefore at the ideals he is representing and standing for (literally and metaphorically in this case) with his not-a-fillibuster-fillibuster. So while it may be true to say that Colbert is not presenting another view for us to accept, this satirical treatment is making it very clear what the we should not accept. Unless we too want to be mocked. The impact of Stewart and Colbert on political opinion is fairly clear, even if the hosts themselves deny having such influence.

What I hope the authors explore is why the fairly recent rise in political satire. Such works were common in the 18th and 19th century in American politics, but less so in the 20th century.1 It was particularly popular in contexts where dissenters feared retribution and so would often publish their satire anonymously. That doesn’t apply in the 21st century US so why has it risen again now? Is it all down to Smithberg and Winstead who created the Daily Show? Is it because Americans feel less empowered and more disenfranchised by the political process, harkening back to a time like Swift’s?

I don’t know, but I look forward to the book and finding out!

3 thoughts on “Satire, what is it good for?”

New England Network News is reporting that Robinson will give the invocation at an (the?) opening inaugural event at the Lincoln Memorial […]