How is this for a moral dilemma? (See the comic below.) Oddly enough, I was thinking along these lines just yesterday when I read a story about the new black hole discovered which mentioned how many millions (hundreds of millions?) were spent to bring us this discovery. Is that really the best use of our money? Of course these decisions are rarely down to a cost/benefit analysis, if so we would not have the aggressive medical research that has led to so many improvements in living, it is far cheaper to let people die. That is one aspect of the healthcare debate that rarely comes up: something like 80% of healthcare expenses occur in the last month of life.  If we want to save money we should simply stop trying to live so darn long. So it is never a simple ledger sheet decision. I have no penetrating or insightful observations here, just pointing out that we often make decisions, even moral ones, for very visceral and personal reasons (like wanting to live or learning cool new stuff).

I should add that my father was a NASA engineer for most of his career and anyone who has read this blog knows that I like tech, but… Such things always remind me of the lyrics from Adam Again’s “Inner City Blues.” The song begins,

Rockets and moonshots
Spend it on the have-nots
Money, we make it
Before we see it, you take it

You can listen to it here. And the comic from Too Much Coffee Man that started this train of thought today:

Too Much Coffee Man – Home. 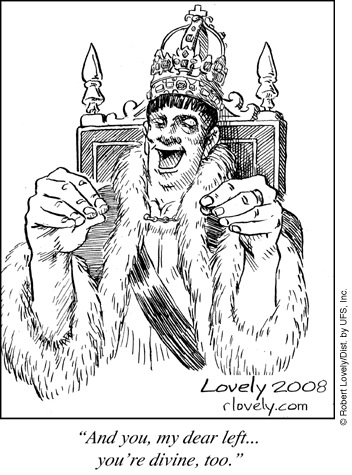 …to blog. Things will slow down a bit in the middle of the week, but next week I am on the road […] 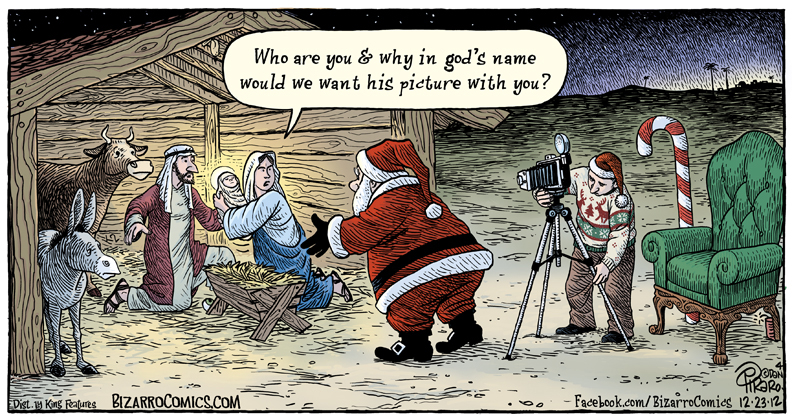 Looking over the site statistics I found quite a few people stumbling across a post from 2009 with some Christmas-themed comics. I […]