Reminds me of George Burns as God and the whole avocado discussion.

Note that Dave Kellett and his wife, who writes for How I Met Your Mother, will be performing her play in Miami:

SOUTH BEACH COMEDY FESTIVAL: Thursday, Jan 22nd, 9:00PM at The Colony Theatre, my wife and I will be performing onstage at Comedy Central’s South Beach Comedy Festival. We’re debuting my wife’s fantastic new play, “Tied in Knots”. Check it out: Variety even featured the play in yesterday’s issue! And Dave Barry’s the opening act, so what the heck… make it a big night of comedy!

2 thoughts on “Proof of God’s Existence” 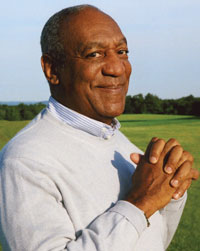 Last week Bill Cosby was honored with the Mark Twain Prize for American Humor at the Kennedy Center. It was shown on […]