As you all know I am working Targum Ruth. Those who know me well know that my interests are more with the exegetical concerns than linguistic issues. Still, one must slog through a translation at some point… Ruth 1:16-17 has received a lot of attention throughout the millennia. For the majority of its reception the passage has been interepreted as Ruth’s “conversion” to Judaism. In this “confession” she becomes a follower of Yhwh. Many modern commentators (and I) do not see this as a confession, but rather a simple statement that by following Naomi to Israel Ruth is acknowledging that she is also accepting the culture and religion of her new community. But let’s see what the Targumist does with this. 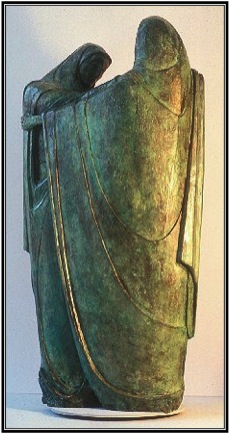 The biblical text (NRSV) is

“Do not press me to leave you

or to turn back from following you!

Where you go, I will go;

Where you lodge, I will lodge;

your people shall be my people,

and your God my God.

there will I be buried.

May the LORD do thus and so to me,

and more as well,

if even death parts me from you!”

The Targumist, as is so often the case, takes some liberties. (The italics indicate words added to the base MT.)

16 Ruth said, “Do not urge me to leave you, to go back from after you, for I desire to be a proselyte.”

Naomi said, “We are commanded to keep Sabbaths and holy days such that we may not walk more than two thousand cubits.”

Ruth said, “Wherever you go, I will go.”

Naomi said, “We are commanded not to lodge with Gentiles.”

Ruth said, “Where you lodge, I will lodge.”

Naomi said, “We are commanded to keep six hundred and thirteen commandments.”

Ruth said, “What your people keep I will keep as if they were my people from before this.

Naomi said, “We are commanded not to worship foreign gods.”

17 Naomi said, “We have four death penalties for the guilty: stoning with stones, burning with fire, execution by the sword and hanging on a tree.”

Naomi said, “We have a cemetery [three cubits].”

Ruth said, “And there I will be buried. And do not say any more. May the Lord do thus to me and more against me if even death shall separate me from you.”

I have touched on this scene in TgRuth before and then as now I have promised more in the future. I actually presented a paper on this at SBL in 2008 and I am working it into an article. Suffice to say at the moment that in these two passages we find a summation of the rabbinic expectations of a proselyte.

This seems to be fairly straightforward. Ruth’s conversion, for such it is as far as the targum and other rabbinic commentaries are concerned, is the rubric that all converts are to follow. A similar reading of Ruth 1:16-17 as that found in the Targum is offered as Scriptural proof of the steps required of a Gentile’s conversion in b Yeb. 47b. Thus Ruth is the prototype of a proselyte. Furthermore, Ruth’s conversion overcomes the biblical injunctions against allowing intermarriage with the nations (since she is now a proselyte she may marry Boaz). What is of interest, and dealt with in my paper, is why there still remains then in the Targum (and other rabbinic texts) the tension about the validity of such a union. But that will have to wait for another time… 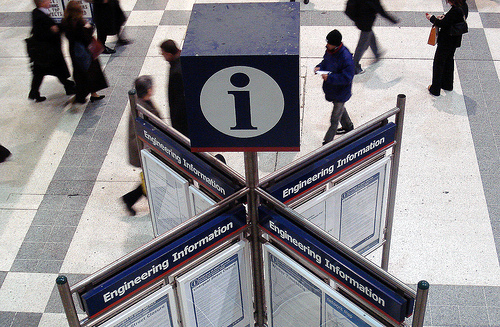 I have finalized our session for Aramaic Studies, which you can see below. I will actually be giving two papers relating to […]

Supreme Court Recognizes 'Ministerial Exception' to Employment-Discrimination Laws – Faculty – The Chronicle of Higher Education. In a decision with major implications […]

I hope not this. That this comic should come out today just as someone commented on this 3-year old post about tenure […]