What is the iPad really for? Mac pundit Leo Laporte says that it is an “appliance,” a device for consuming content like music and videos, rather than for creating content. At this moment, having an iPad two weeks after its initial release, I would say that he is 70% correct. Or rather than the iPad is currently predominantly for the consumption of media and it does that almost perfectly, right out of the chute. But it has potential as a complete computing device, within its own niche.

The fact that Apple has made available iPad versions of its office apps Pages, Keynote, and Numbers, suggest that Mr. Jobs has a broader vision of this device than as simply a big iPod Touch (although such a statement is hardly a criticism). But it terms of using these apps and others for creating content the iPad and their apps are only 30% of the way there.

Someone suggested that the iPad is a 5% creation tool. It is for that first 5% of the work when you are hammering out ideas and don’t have to worry about formatting but just need to take quick notes and capture the essence of something. And it is for the last 5% when you have moved your presentation or document over to the iPad just before you deliver it and need to make a few final tweaks. Perhaps. But even in that the tools are not quite there. I do have a few encouraging words to intersperse in my critique. I am flying back from the Apple Education Leadership Summit and while there I discussed these issues and many others with the Apple folks. I will include their comments where relevant.

Pages
I am currently writing in Pages while on the plane and it really is very nice for quickly outing my thoughts down. There are a couple of big problems, however, that I have hinted at before. (And in addition to all that follows the autocorrect is just odd and in consistent. Highly annoying.)

Landscape mode – The most convenient way to type on the screen is in landscape mode. The keyboard is almost MacBook sized and you can see a fair amount of the text above. The problem: you have no access to any formatting options, including tab. To make something bold, right justified, create a bullet list, you have to rotate the iPad into portrait mode, make your selection and then rotate back to landscape. Annoying at the least and it makes the iPad a poor device for note taking (I tend to make bulleted lists during meetings, setting off topics and speakers with bullets and indentations). I have adapted, using simple – instead of bullets and so on. Still it seems an odd decision since the menu hides itself in portrait mode, why not the same deployment in landscape?

No RTF! Whiskey Tango Foxtrot? – Pages on the Mac can open and save documents as RTF, rich text format, one of the most basic formats out there. And since I tend to use NisusWriter whose native format is RTF I assumed I would be able to simply open my documents on the iPad and edit away. No go. The iPad version will not read RTF. Why? No idea.

Compatibility & Footnotes – Pages may not read RTF but it CAN read .doc and .docx. What it can’t do is convert all the features of a document. For those of us in academia (but not restricted to us) the lack of footnotes is troublesome. The worst part: they just disappear. It wouldn’t be so bad if they kept them within the text or appended them on the end, but they are simply gone.

Word from Apple: I sent an email with my concerns to one of the reps present and she promised to forward it to the head of the Pages for iPad team. She said that they are eager to make improvements on the app (and I am eager to share my views on how to improve it!).

Keynote
I have not used this fully yet, but I do have one major complaint. In presentation mode, when connected to a projector with the VGA adapter (and the fact that video out only works in certain apps in certain modes is highly annoying) what you see on the iPad is not the same as you would see on a Mac. Why not? There is plenty of real estate on the screen. Plus: The “laser pointer” feature. Simply rest your finger on the iPad screen and a red “laser” dot will appear on the projected screen. I like that a lot.

PDFs
You can read PDFs from within Mail or Safari with no trouble whatsoever and yet there is no built in app for viewing or annotating them. I have already commented on GoodReader which is brilliant for reading all sorts of files and will even download webpages so that you can read them offline. You can also use that feature to paste in the URL of a PDF file, say from an article on your library’s site or my doctoral thesis) and GoodReader will download and let you read it locally. iAnnotate PDF is an excellent app for annotating PDFs and they are actively updating it. So here the third party vendors are supplying the solution but…

File Management
In all of this content manipulation we run into the problem of managing the files that we want to edit, create, and share. You can move files over via iTunes (with certain apps) and then back again. You can also email a copy to yourself or anyone else. But you are creating a new version each time. John Gruber of Daring Fireball accurately compared it to old days of floppy disks. You have to keep track of which file is the latest, etc. We need a DropBox style integration.

On the plus side, once you have installed something like Pages, GoodReader or iAnnotate Mail will recognize those apps and give you the option of viewing the file within Mail or opening it in one of the relevant apps. (And if more than one app can open the file you may choose which you would like it to use.)

Word from Apple: “We know the file management stinks and we think you will be very happy with iPhone OS 4.0.” In fact, they said that about many quibbles. I doubt if the new OS, due out in the fall for the iPad and summer for the iPhone, will be a panacea, but I look forward to many of the features and promises.

In the end, I have typed this whole rather long entry on the iPad on a plane. About halfway through I pulled out the Bluetooth keyboard for convenience, but I have just created several hundred words of content quickly and easily.

Is the iPad a content creation device? Absolutely. Is it very good at it? Not yet. 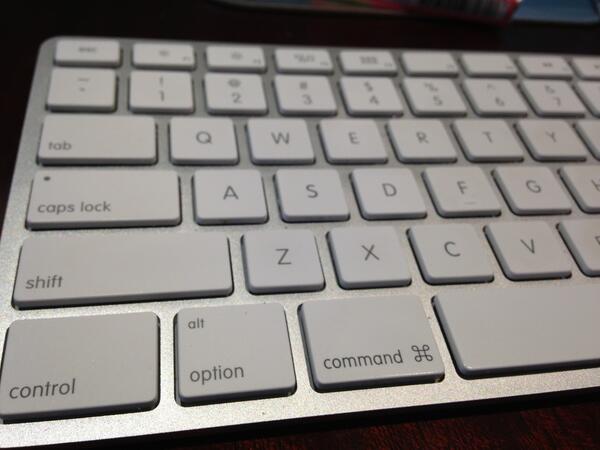 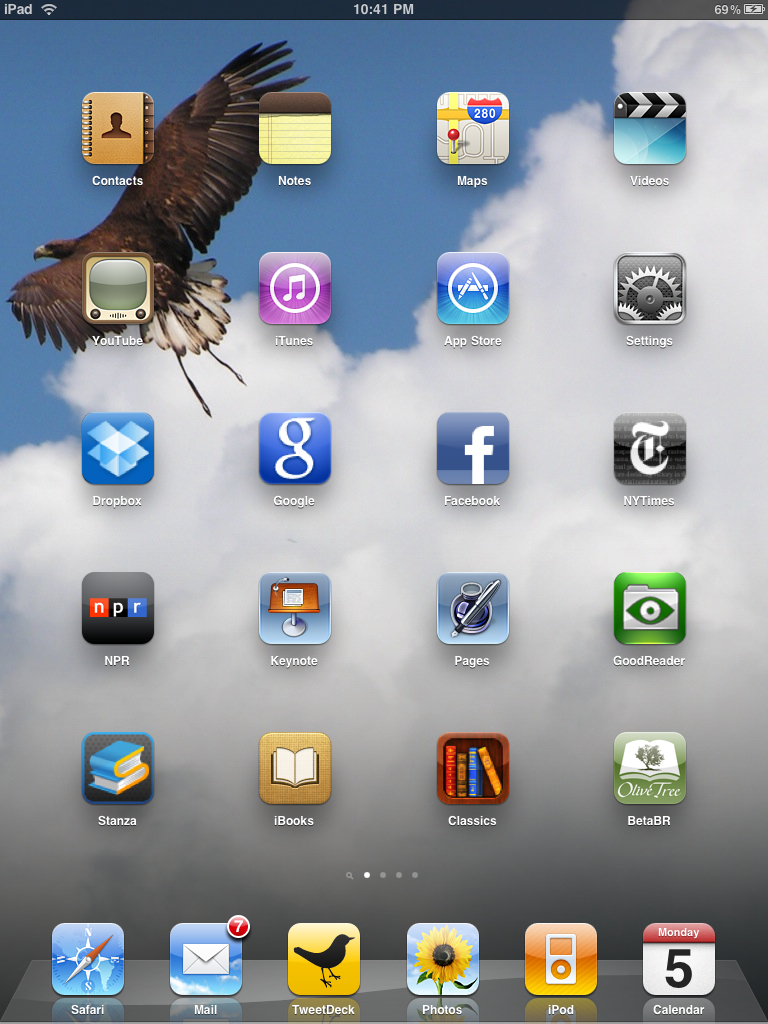