I have finalized our session for Aramaic Studies, which you can see below. I will actually be giving two papers relating to biblioblogging. (I think I might go back to Biblicablogs. I like that term myself. Anyone else have views on that?) The first will be part of the Blogger and Online Publication section, “Online Biblical Studies: Past, Present, Promise, and Peril.” The other will be part of another session being developed by SBL publications and Charles Hawes, the SBL Manager of Programs. The session will a panel discussion be on “E-Publish or Perish.”

4Q246 is a text that has stirred a great amount of interest, specifically due to its extraordinary pre-Christian reference to a “son of God, “son of the Most High,” epithets also found in the Gospel of Luke 1:32-35 in reference to Jesus of Nazareth. The bulk of the scholarly work on this text has been spent on identifying this significant figure. The literary background of this text has also been a point of debate. Due to both the scholarly fascination with the identity of this “son of God” figure and the discussion of the literary vorlage, the poetic character of the text has been largely overshadowed and ignored. The reference to the “son of God” figure is indeed worthy of attention, but the lack of consideration of the poetic nature of the text is still surprising since the work of Puech in the editio princeps in the DJD volume clearly outlines it as poetry. This presentation will examine this well known Qumran text and analyze the poetic features within it, specifically its articulation into pausally defined units, or cola, that show constraints on the number of clauses, phrasal constituents, and words. This type of analysis will demonstrate that column 2 of 4Q246 is in fact an example of Aramaic poetry.

One dialectical peculiarity of Targum Pseudo-Jonathan is the gemination of nun. This may be seen in such nouns as ’yntt’ and in such pronouns as ’nt. Additionally, imperfect verbs may also succumb to gemination in PsJ (e.g. ’ynd‘, thn‘yl). The specific inquiry of this paper concerns the non-assimilation of PSJ’s pe-nun verbs. Though one does find a number of non-assimilating form ins other Aramaic dialects (e.g. biblical Aramaic or the Bavli), the number of exclusively non-assimilating pe-nun forms is far greater. Within PsJ, most pe-nun verbs assimilate (some invariably), a few assimilate inconsistently, and others never assimilate. Is there a rhyme and reason to such variation? This paper seeks to present an analysis of the relevant pe-nun forms and attempt to explain this dialectal peculiarity.

The direct object marker yat/iyyat appears in Aramaic texts from Old Aramaic and on, but it has long been observed that it does not occur in all texts or all dialects. In this paper the distribution will be re-examined, taking into account the recent arguments of M. L. Folmer on this issue, as well. It will be argued that geographic and dialectal differences explain some of the data, but not all of it, and that a model other than a Stammbaum is needed to account for the Middle Aramaic data in particular. Epigraphic Judean Aramaic uses yat often, as does neighboring Nabatean; it is attested sporadically in Qumran Aramaic but never in the Genesis Apocryphon. Rather than positing a geographical explanation for this distribution, it will be suggested that documentary texts (such as the material from Nahal Hever, Wadi Murabba‘at, and the Bar Koseba letters) were written in a different dialect than literary – and possibly biblicizing – texts such as the Genesis Apocryphon.

The fourth century BCE Idumean ostraca constitute the largest amount of epigraphic material in the Land of Israel prior to the Dead Sea Scrolls. Of a total of some 2000 ostraca, ca. 1200 are commodity chits, of which over 700 are dated. Spanning a period of 60 years, the chits have a common format of date, payer, payee, commodity and measure, with sometime reference to agents, storehouse, signatory, and sealing sign. They record conveyance of grains, whole and processed; bundles and bales of chaff; a variety of wooden objects; wine and oil. Feeding this material into a database yields a wealth of correlations. The all-subsuming question is “What commodities are conveyed when, by whom and to whom, in what measure, and with what oversight?” Thus, these broken pieces of pottery yield information on the economic and social life of the small territory south of Judea not available to us in any other source.

Sin and Salvation, Aramaic Style: Reflections on the Aramaic Vocabulary of Sin in the Light of Gary Anderson’s “Sin: a History”
Ed Cook

Gary Anderson has recently proposed that the Judaism’s adoption of Aramaic after the Exile as a vernacular was a key moment in the history of Israel’s thought about sin. Sin passed from being regarded as a weight (in Hebrew) to a debt (in Aramaic). This thesis is examined in the light of the development of Aramaic vocabulary for sin and salvation up to the Second Temple period and beyond. 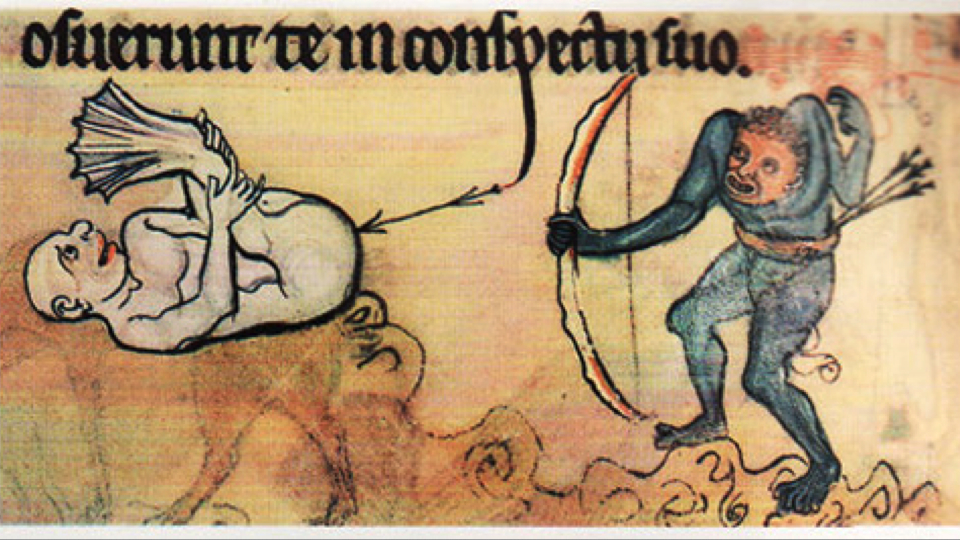 With an image like this, how could I not share this story? There are a number of sites that have posted this […]