(Click on the picture to go to flickr and see more pictures of attendees.)
Tonight we had our annual SBL Bibliobloggers dinner. Absent were the redoubtable Jim West and Chris Tilling but we made fun of them anyway.

We had a tremendous group, with 23 people in attendance! We even had one or two self-described groupies. Nice. Once again I tried to record a podcast, and was successful…more less. I realized after about 20 minutes that my memory card had filled up. Oops. I apologize to those who won’t make it on the podcast. Look for that later in the week, sometime after Thanksgiving (unless I am avoiding chores).

The diversity of views, backgrounds, and hairstyles was great to see. There was one point on which there was consensus: No more poultry posts. I will see what I can do.

I received the following email from Ziony Zevit. Dear Colleagues I write to draw your attention to the two NAPH sessions at […] 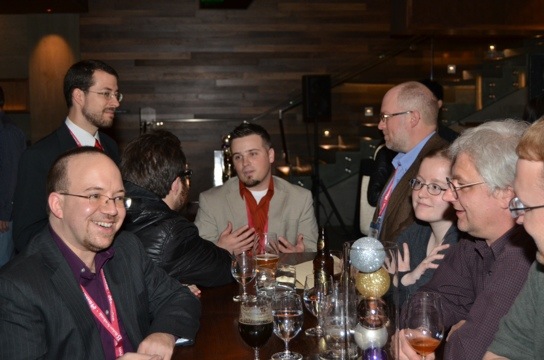