I was again asked to speak at the Peace Service in honor of Dr. Martin Luther King, Jr. Below is the text of my speech. The Collegian ran an article today about the event as well.

It is an honor and a privilege to speak to you today. Over the last week or so we have had an incredible number of excellent events commemorating the life and legacy of Dr. King. This morning I was reflecting on the fact that, in many ways, my knowledge of Dr. King is much like yours. I was born in 1968, the year in which Dr. King was slain, so for me he was always an historical figure. A man whose life and history, words and actions were to be studied yes and even emulated. But as a number of articles this week pointed out, when a person has lived a life as large and died as tragically as Dr. King it is easy, far too easy for him to become a mere figure, a cardboard cutout and caricature.

When Dr. King was killed his famous speech, where he declared “I have a dream,” was five years in the past. He had moved his energies from racial equality and defeating Jim Crow laws to fighting the US involvement in the Vietnam War and poverty. He knew, as one article notes, that “the Dream was turning dark.”1It seems ridiculous to say it this way, but the bus boycott and the voting rights were easy battles to fight. Now he was taking on the deep and entrenched suffering of hunger and war, poverty and hatred. But this is why it is important to remember Dr. King, not just on the steps of the Lincoln Memorial, but sitting in the room of the Lorraine Motel, nursing a migraine and working on a sermon entitled, “Why America May Go to Hell.”

One scholar says that “she believes it’s important for Americans in 2008 to remember how disliked King was in 1968. ‘If we forget that, then it seems like the only people we can get behind must be popular,’ Harris-Lacewell said. ‘Following King meant following the unpopular road, not the popular one.’”2

At that is where we find ourselves today. Again at war, still facing poverty, racial inequality still a reality, and looking for leaders.
Last week the Forum on Black Affairs hosted a dinner the theme of which was “Understand the Vision…Fulfill the Legacy.” The performances were wonderful and the speech incredibly powerful and stirring. These men spoke with authority that I will never have. But there were also moments of doubt, comments of concern that we have barely even begun the journey that Dr. King set us upon.

I want to offer a paradoxical word of encouragement. There is no doubt that we have a long journey ahead of us before we will truly see Dr. King’s dream a reality. In fact, I will tell you right now, that we will not see it. No, and it may be that no well ever will. BUT that does not mean we stop! The reality of this world is that there are and will always be people who hate, people who cheat, people who think more of and for themselves than for other people. While our goal must always be for ultimate and complete equality, we must not and cannot let the struggles of reality weigh us down.

Dr. King was a doctor of Scripture and theology. He was a Christian minister and knew that the road would be hard and the cross heavy to bear. But he picked up that cross! He stepped his foot onto the road and he went out into the world and made a difference, a great, a transforming, and wonderful difference. None of us can do any less! And it is in each of us to make such a difference.

So many already have. We must look down the road, not to see how far we have to go, but to see how far we have already come! When Dr. King was a student the community and mix of races in our colleges and universities was unthinkable. Today not only is an African-American a strong contender to be a presidential candidate, but just this month Bobby Jindal, an Indian American, was sworn in as governor of Louisiana. Louisiana! The same state whose town Jena has become a byword for the worst in racism is still able to elect a man of color to their highest office. There is much work to do, but much has already been done and let us celebrate that as well!

And it is in each of us to do more, to make this world a much better place. In his acceptance speech of the Nobel Peace Prize in 1964 Dr. King made it clear that there was just one way that this would happen, through love.
If [we are to live together in peace] man must evolve for all human conflict a method which rejects revenge, aggression, and retaliation. The foundation of such a method is love.

Perhaps one of the most famous and well-read (if weddings are anything to go by) passages in the New Testament is all about love. It is from Paul’s first letter to the Corinthians.
1Cor. 13.4   Love is patient; love is kind; love is not envious or boastful or arrogant 5 or rude. It does not insist on its own way; it is not irritable or resentful; 6 it does not rejoice in wrongdoing, but rejoices in the truth. 7 It bears all things, believes all things, hopes all things, endures all things.

None of this is easy and none of it has anything to do with liking people.
Think about. “Love is patient.” That means that at the core of this statement you are having to wait for someone else, patiently. You are giving up of your time and your schedule to wait for someone else. And let’s face it, some people can take a long time to realize what we already know to be the truth. We have to be patient. It is part of loving other people.

We have to be kind, that means soft and gentle, especially when we are dealing with conflict. Everyone in the situation feels hurt and wounded and only patience and kindness will enable us to see our way through to peace.
Love always means putting the good of others before ourselves. That is why we never have a reason to boast or be arrogant and rude. Sure, some may be better off than we are, but we are always better off than many others. Love means we are not envious.

“[Love] bears all things, believes all things, hopes all things, endures all things,” says Paul. Don’t forget this Paul was a man who was himself persecuted, imprisoned, and executed for his faith. Yet in the midst of all this he declared that we must love even and especially those who are unlovely, who do not want to be loved, and who we really don’t like. They too deserve our love. Because it is only through love that we will find peace. It is only love that can provide the strength to see it through to the end. It is love that offers hope and feeds faith.

Yes there is much, so much to be done but we know the key to victory, even if we know that we will never see it in our lifetimes. In the meantime, as the rabbinic dictum states, it is not up to us to finish the work but to carry it on. And love will carry us on.

And neither shall the memory and legacy of Dr. Martin Luther King, Jr.

This is a touching story of an exceptional woman. Edith Macefield, 1921-2008: Ballard woman held her ground as change closed in around […] 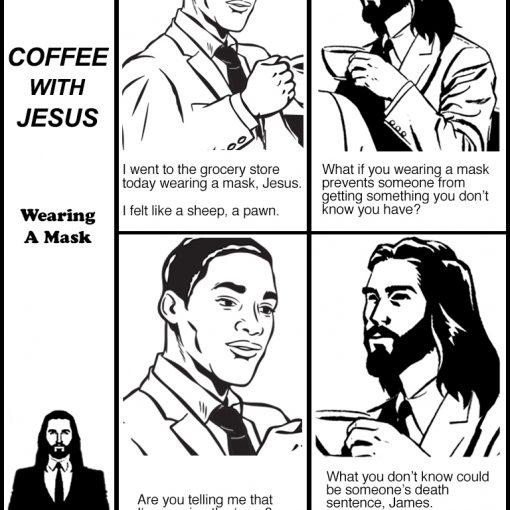 I have not made comments on this site with respect to the politics surrounding the coronavirus, COVID19, and isolation orders and I […]

There really isn’t anything more to add. Sins of greed, covetessness, and all manner of mammon mongering will begin anew with Apple’s […]

Antietam Originally uploaded by Targuman Via Flickr:Another shot of the battlefield, this one edited in Snapspeed for iPad.