A phrase people utter when they are enduring a hardship or, just as often, when there is a problem they would rather not deal with. It is what it is. A horrible, trite phrase. Used all the time, devoid of any real meaning, and all too often intended as a justification for inaction, only slightly more articulate than the monosyllabic “meh,” accompanied by the shrug of the shoulders. It is a phrase I say with some regularity because of its deep truth.

The phrase almost becomes blasphemous when you realize that it is close to a decent rendering of the Name of God. When Moses tells the fiery shrub that has told him to go up to Egypt and lead the Israelites out of slavery, when Moses insists that he must know the name of this being, God replies  אֶהְיֶה אֲשֶׁר אֶהְיֶה, “I AM who I AM” (Ex. 3:14). God’s name is the verb meaning “to be” and here, because God is speaking, it is in the first person singular. The Name usually rendered in English Bibles as “Lord,” יְהוָה, literally means “He Is.” it is the third person singular, since we are not God ourselves, when speaking of God, we cannot use “I am,” the first person, so we refer to God in the third person, “He is.” So, we might say of God that “He Is what He Is.”

He Is what He Is.

It is what it is.

But what is “it?” What does this phrase mean anyway? Is it a statement of fact, an affirmation of the reality of something? Or is it more an emotive utterance, an expression of defeat and weariness, than an actual articulation with substance and meaning?

After our son Mack died on New Year’s Eve 2012, suddenly and without any warning from sepsis, a blood infection that went through him like a match lit in a tinder-dry forest, everyone sought to understand how it could happen. Not just the medical reasons (there was no clear evidence of how he was infected, no cuts or scrapes), but the theological as well. “How can God allow this to happen to such an innocent child?” I had spent more than a decade studying the Book of Lamentations and that, in turn, had led me to study what theologians call “theodicy” which questions the “justice of God” and defends the goodness of God in the face of evil. Evil, like a child dying or millions starving due to a drought or genocide or…in other words the history of the world.

My extensive biblical and theological study had prepared me as well as anyone could be for the loss of a child. Which is to say, it was still utterly devastating. Nothing can prepare you for the loss of your child. Yet all that study led me to the deeply profound truth: it is what it is.

That statement has, for me, become a powerful statement of faith, a creedal confession in line with “I believe in God, the Father almighty, creator of heaven and earth.”

“I believe in God, the Father almighty, creator of heaven and earth.” And it is what it is.

“It” is this creation, this world that we live in. And it is. It exists, it is real, and it is broken. God did not intend it to be so and did not make it so. “God saw everything that he had made, and indeed, it was very good.” Yet it did not stay that way. It brings forth thistles and thorns where it would have produced fruit, cancer and infection where it would have been strength and health.

We must begin with this truth, that it is what it is. If we cannot be honest with ourselves about the nature of this world that we inhabit, then we will be led to erroneous conclusions about our place in it and God’s continuing presence within it. 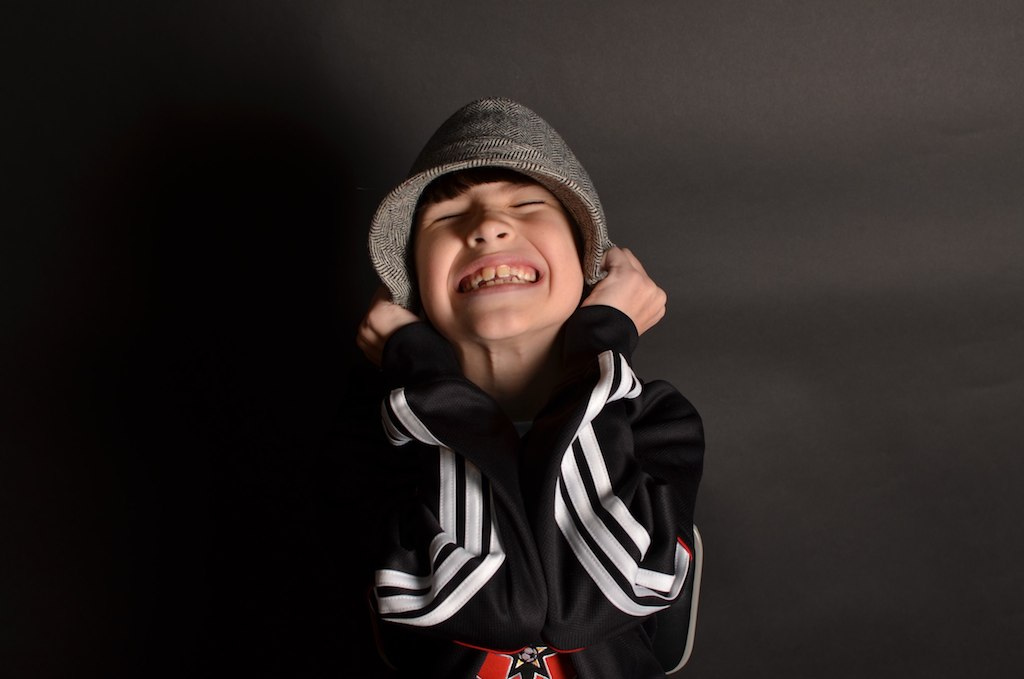 But not any more. This picture of Mack was taken shortly after Christmas 2011. You can read more about the studio session […]