The previous post regarding Daniel Amos put me in mind of another great group whose concert I attended, The Lost Dogs. I had posted this piece on my old site in the summer of 2004, but never at Targuman. So, for your enjoyment, a reflection on Christian music and growing up.

I was lost on the twisting, narrow state routes of Pennsylvania and cursing all the while that I would be late, but I was finally going to see the Lost Dogs. This inimitable group was originally comprised of one member from each of four groups that have formed the foundation of Christian alternative music for over 20 years: Derri Daugherty of The Choir, Terry Taylor of Daniel Amos, Gene Eugene of Adam Again, and Mike Roe from the 77s. The lyrics and music of these four groups probably informed my adolescent Christian life as much as the Bible; they certainly helped me through some of the toughest years of my life.

Growing up a good Christian kid I liked the music I heard on the radio but I just listened too closely to the words. When I found I was singing “Cocaine” to myself in class I realized that what went in often stayed in and only gradually bubbled out. So I looked to the Christian bookstore, the only one within 20 miles, unlike today with a Family Bookstore in every strip mall, and there I found Fireworks, Bob Bennett, and Chuck Girard. I liked them well enough, and still listen to them some days, Bennett’s “Mountain Cathedrals” has become my 7 year old daughter’s favorite ever since the night she could not sleep and it was the only song I could remember, but it all seemed too much like a sermon. Today I would say it was too schmaltzy.

I don’t think I really wanted simply a Christianized version of what was on DC101, although Nashville was happy enough to provide it, but I did want something that didn’t seem quite so out of step musically and lyrically. I was between Petra and Stryper, a rock and spandex. Then came the irreverence of Steve Taylor. I still remember the program that included a quote from his father, “For this we paid for three years of seminary?” It was at his concert in 1985 that I first heard the Youth Choir who would later become simply “The Choir.”

The Youth Choir had this bassist that seemed huge to me, with his bass hanging to his knees and stolid stance, and Derri or Steve, I am not sure which, engaged the audience with the usual banter but without the usual preaching. The music was reminiscent of the up-and-coming U2, albeit it more new wave, and the lyrics were, well, they weren’t about Jesus, at least not so that you could tell, and yet they were about things I worried about, cared about, and they made me think about what they might mean. “Stand up, take a stand for Jesus/Stand up, so the whole world sees us” is pretty transparent. “Here in the night, where I live my life/Here in the night, where I try to hide/Here in the night, living in shadow lands/Here in the night, I’m such a lonely man” was a lyric to which this mildly depressed 17 year old male could relate. The fact is, I still play the tape I picked up that night, “Voices in Shadows” and I have every album that The Choir produced. I stopped buying Petra albums in 1986.

Over the next two years I would discover Adam Again, The 77s, and Daniel Amos. When friends would ask me to describe my taste in music I found myself at a loss. Each group was so different and yet to me they were of a piece; they shared certain traits that I could not quite put my finger on. Upon reflection I believe it is their honesty. That, and I liked the beat.

As I made my way through college somehow an album or song from one or the other group always seemed to resonant with me when I was most in need of some tonal reflection. In 1986, my freshmen year of college, it was Adam Again’s “New World of Time.” Their sound was reminiscence of the Talking Heads, a fact that they embraced and emphasized by having the cover art created by the Rev. Howard Finster, the same folk artist who created the cover art for “Little Creatures.” It would have been easy to see this as another Christian attempt to “sanctify” (read: “capitalize on”) a current secular trend in music, and in fact the lyrics were much more direct than The Choir’s, challenging the listener to live a Christian life. Yet in my depressed adolescent state of confusion and freedom Gene Eugene’s lyrics worked in me so powerfully that it is not infrequent, even now as a scholar of biblical literature, that I find myself singing the line from “You Can Fall In Love.” “His love has stood the test of time, but now it can’t stand the test of your mind.” I always added a question mark at that point. Can it stand the test of my mind?

Later, but not much later, I was wrestling with the normal male-female attractions and urges and striving not just to control my actions, but my thoughts. No easy task, ever, and in the 77’s “The Lust, the Flesh, the Eyes, and the Pride of Life” Mike Roe is honest, unflinching, and affirming in presenting the pain that being human causes all of us. Whenever I hear the song I am taken back to a cold November night, walking past Lincoln Hall with my yellow Sony Walkman playing this song as I cursed myself for wanting so badly that which I knew was so bad for me.

Well, I feel
Like I have to feel
Something good all of the time
With most of life I cannot deal
But a good feeling I can feel
Even though it may not be real
And if a person, place or thing can deliver
I will quiver with delight
But will it last me for all my life
Or just one more lonely night

The lust, the flesh
The eyes
And the pride of life
Drain the life
Right out of me

Thirteen years after the first album was released I was about to attend a live concert and perhaps even speak to them in person. Three wrong turns and three songs into their first set I made it to the concert in a small church in PA. The chairs were padded, the floor carpeted, and an image of the Dogs emblazoned the back of the sanctuary through the magic of PowerPoint. Joining Mike, Terry, and Derri was Steve Hindalong of The Choir on various percussive instruments, most of which appeared to be salvaged from the local tip. The Dogs were all I had hoped they would be. Their music was warm and direct, including not only the songs that they had written together, but also covering several tunes from their respective groups. The banter as they tuned guitars between songs was humorous and affirmed what I had come to believe about my musical companions. They are real, honest folk. They teased one another about hair styles (past and present), Terry warned about the sin of covetousness as he confessed his love of Mike’s “Sunshine Down,” and they never preached. No altar call, no cheese. The music spoke for them.

When I finally met them I felt like the complete fan-boy geek that I realized I was. I blushed and stammered some sincere nonsense about how all their music had meant so much to me over the years. Then Mike said, “Man! That is a great Hawaiian shirt! Where did you get it?” I was welcome; they graciously accepted my praise and encouraged me to relax and chat. I had met my heroes and they were very bit as beautifully flawed and forgiven as I knew they would be; as their music had always reminded me I was.

It is a cliché but the truth is that these men are musicians and artists who are Christians, as opposed to people making Christian music. Within this trite phrase is the reason for their music’s impact and their profound affect upon me and so many others. When the Lost Dogs wrote “Free Drinks and a Dream,” a title that was rejected by their publisher in favor of “A Las Vegas Story,” the guys were writing about the real struggles and addictions that we all, Christians and non, struggle with. In commenting upon the passing of Gene Eugene, Terry Taylor described all the Dogs when he said, “Gene was also a guy that struggled with his faith, who had dark things in his life–like we all do–but who lived his life authentically. He truly was an artist, and he truly managed to make divine, holy things out of the darkness of his life.”

And isn’t that the calling of all Christians?

4 thoughts on “Finding the Lost Dogs” 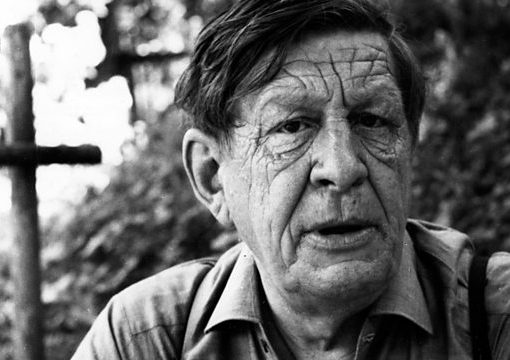 I was invited to offer the invocation for Penn State’s 35th Annual Martin Luther King, Jr. Memorial Banquet. I thought I would […]