No President Obama didn’t use those exacts words, but that was the gist of his message. Mr. Obama was on the University Park campus today to highlight his new energy policy and Penn State’s new Energy Innovation Hub, funded with $129M from the federal government, to create more energy efficient buildings. In fact, as I write this NPR is airing its story about his speech and his call for creating more energy efficient buildings with the “Better Buildings Initiative.”

Needless to say (but I will say it anyway), it was a exciting to be there and see the POTUS in person, even if from a distance. It was a great opportunity for Penn State and the fact that he announced a new initiative meant that the speech, and consequently Penn State, got a good amount of press attention. The speech, however, was light on substance, as is often the case with such stump speeches.

You can watch the speech and get a copy of the transcript here (WhiteHouse.gov).

Embedded in here is the difficult work that is before our country. How do we invest (that requires money after all) in innovative and cutting edge research if we have a massive deficit? We could go further into debt, but Obama has said he won’t do that so he says we will “freeze annual domestic spending” and remove “subsidies” from oil companies. Both require Congress to enact and I am less than optimistic that either will happen. I also wonder if we are going to freeze domestic spending, does that allow us to have new domestic spending, which is, I assume, what new funds into research would be.

You see, as always, the devil is in the details and such speeches are usually very light on the details. Take the “oil subsidies,” for example. I am still doing some research on this, but they seem to date from the 1920s when it was important that our government support and protect a fledgling industry. We are hardly in that situation now. Furthermore, these subsidies are also often tax breaks. (And I wonder why we do that. It is not like they can go elsewhere to get the oil. It is in one geographic place, it is not like the film industry who can talk filming to Canada and call it southern California.) An engineering friend of mine from college responded on facebook to my questions about this.

Their profit margins are generally 10 percent or less, and it’s a commodity. We use gargantuan amounts of the stuff, so 10 percent of a big number is, of course, a big number. But oil is vital to our economy in so many ways that a healthy oil sector ought to be viewed as an issue of national security, not just convenience or comfort. The media continually makes idiotic comparisons to the profits of oil companies and other sectors that simply aren’t germane (e.g. I saw a graphic comparing Dell computer profits to oil profits one quarter), and they ignore the interesting number, which is to me profit margin. It’s often in the single digits for oil.

He has a point. Would we begrudge another company, say a computer company or a grocery store chain, for making similar profits? I honestly don’t know. Perhaps some of our finance majors can help me out here. As I said, the devil is in the details. For the record, I am a big supporter of innovation and I hope that in my life I see us move from fossil fuels to more sustainable energy sources. There are just a whole lot of woods to get through first.

Now, Penn State is a place that knows a little bit about playing to win.  Last I counted, Coach Paterno has got more than 400 wins under his belt.  (Applause.)  But your nation needs to win, too.  We need you to be as proud of what you do in the lab as you are of what your football team does on the field.  (Applause.)  We need you to seek breakthroughs and new technologies that we can’t even imagine yet.  And especially the young people who are here, we need you to act with a sense of urgency — to study and work and create as if the fate of the country depends on you — because it does.  It depends on you.  (Applause.)

And if we’re harnessing all the energy in this room, all the young people in this audience, then I’m confident we’ll do it.  We can do this because what this university is going to lead will be more than a pioneering research center or an economic engine for Pennsylvania and America for years to come.  What you’re going to do is lead a modern-day incubator for what sets us apart — the greatest force that the world has ever known — and that is the American ideal.  (Applause.)

If you remember that and keep breaking new ground, if we as a country keep investing in you, I’m absolutely confident that America will win the future in this century, just like we did in the last.

Thank you.  God bless you, and God bless the United States of America.

2 thoughts on “Innovate or die” 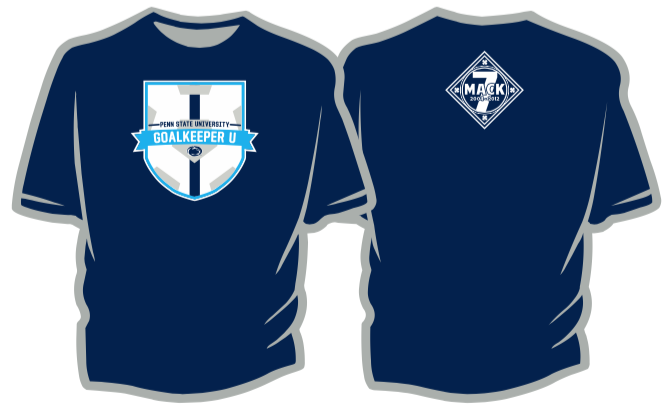 In case you are not following MackBrady.com: We are one week away from the Annual Mack Brady Game with Penn State’s Men’s […]

But it is behind me now. Last week we had our three day orientation for new Scholars. It is a fun, fun […]

Some students and I will be presenting on our blogging initiative at the Penn State TLT Symposium this spring. Reimagine Scholarship | […]