When I was working on my doctorate at Oxford I scanned ALL the existing photos of the scrolls at an amazing 300dpi for the first ever CD-ROM published by OUP, Dead Sea Scrolls Electronic Reference Library.

If anybody could be forgiven for missing the deadline to opt out of the Google Books settlement, it’s probably the authors of the Dead Sea Scrolls.

The Israel Antiquities Authority has tapped Google to digitize the famous texts, one of the earliest documents ever discovered chronicling the early years of Christianity. CNN reports that Google will be responsible for scanning the 900 manuscripts, which are actually comprised of more than 30,000 fragments discovered in caves around Israel in the 1940s and 1950s.

2 thoughts on “Dead Sea Scrolls to be digitized…again”

You are all (that is all of you, every last one of you on the intertubes) invited to the Penn State Liberal […]

Using nuclear warheads for peaceful purposes, but mostly blowing up stuff. Wired has this very interesting article of proposed and tired non-military […] 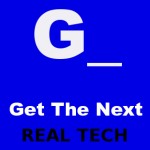