The New York Sun has a review of Joel Kramer’s Maimonides. Oddly the review is mostly a summary of Maimonides’ life with only the last two paragraphs offering any sort of critique of the book.

This is more than just a biography of one of history’s greatest thinkers. It is also a rich cultural, religious, and intellectual history of Jews, Arabs, and Christians in the Middle Ages, as well as an accessible, if ultimately inadequate, introduction to some of Maimonides’s ideas. Mr. Kraemer’s story is populated by a large and varied cast of characters, and it ranges over a good part of the Muslim Mediterranean world. Kings, sultans, viziers, doctors, diplomats, military men, philosophers, poets, merchants, rabbis, and heretics all pass by rather quickly, and by a certain point the litany of names becomes overwhelming, even confusing. Mr. Kraemer can be a bit long-winded and repetitive; he is given to lengthy exposition, argumentation, and digression that could easily be condensed for the nonspecialist reader. More frustratingly, as expansive as Mr. Kraemer is on historical, political, and religious context — his narrative is often interrupted by biographical sketches of individuals who really have only a peripheral role to play — he is very stingy when it comes to explaining Maimonides’s ideas. He says nothing on the details of Maimonides’s ethics in his discussion of the commentary on the Mishnah and only a little bit in his chapter on the “Mishneh Torah.” His exposition of the “Guide”‘s doctrines is more generous, although it may be rough going for beginners. But then he makes no mention whatsoever of one of the work’s primary aims: showing how rational Jewish law is and how all the commandments, no matter how irrational they may seem, ultimately have their reasons.

There can be no question that Mr. Kraemer, with impeccable scholarly skill and breathtaking erudition, has written a monumental, immensely learned volume, a real labor of love (albeit one that is in serious need of a good editor). As a source for the details of Maimonides’s life and of his world, this will probably be the standard biography of Maimonides for some time to come. However, Mr. Kraemer simply does not do justice to the rich and complex thought of this intellectual titan. The philosophy of the greatest Jewish philosopher of all time deserves better than this.

My guess is that the reviewer, Steven Nadler, chair of U. of Wisconsin-Madison’s Department and author of “Sinoza[sic]: A Life,” hopes to pen that truly authoritative biography of Rambam. Until then Kramer’s book seems like it will be quite useful, at least for the undergraduate class. 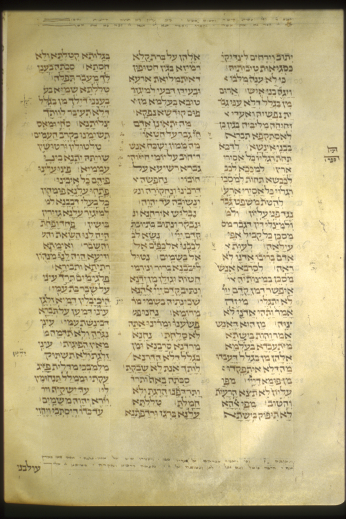 My friend and colleague Ed Cook is the author of Ralph the Sacred River and the Eighth Annual Ralphies are up! Go and see what his […]