My friend and colleague Paul Flesher wrote a column two weeks ago concerning the Evangelical Manifesto. I don’t believe that I have seen it before, but it looks very promising as it distances the signers (see Paul’s column below for some examples) from those, including the press, who define evangelicalism as the “religious right” political activists. Worth a read, both Paul’s column and the Manifesto.

An Evangelical Vision of the Near Future

It has become common in the media to use the term “Evangelical Christianity” as an equivalent of the “religious right,” by which it means the portion of American Christians that support the policies and actions of the Republican Party. In many ways, this is apparently true: a third of GOP members are Conservative Christians; James Dobson, the leader of Focus on the Family, revels in his access to the Whitehouse; and President Bush regularly sends video greetings to the annual meetings of the Southern Baptist Convention.

In response to this situation, an alliance of Evangelical leaders has released an “Evangelical Manifesto” that calls for a more centrist and flexible position for Evangelicalism, one in which Evangelical is defined in theological rather than political terms, where adherence to Christianity does not also require support of a political party. This manifesto (http://www.evangelicalmanifesto.com) has been signed by a wide range of Evangelical leaders and they invite others to read it and sign it if they wish. Some of the over 100 signatories include Mark Bailey, the President of Dallas Theological Seminary; Dean Hirsch, President of World Vision International; Walter Kaiser, President Emeritus of Gordon-Conwell Theological Seminary; Jim Wallis, founder of Sojourner Magazine; and Frank Wright, President of the National Religious Broadcasters. Since Evangelicalism is a movement rather than an organization, acceptance of the document is voluntary rather than coercive.

Without ever saying it in so many words, the Manifesto is heavily critical of Evangelical representatives involved in politics. This is made clear by its comparison between Constantine and Jesus, an analogy that most press reports missed. In the Manifesto’s view, when the Roman Emperor Constantine created the Christian Church in 324 by organizing and funding the disparate Christian communities throughout the Empire, and by bringing them together for the first time at the Council of Nicea, he joined the Church with the state. In so doing, he established Christianity as the one religion supported by the Roman Empire. Although this picture smoothes over many details, it is true that the Empire helped Christianity become its dominant and ultimately its only fully legal religion, using force to exterminate paganism.

The Manifesto argues that Evangelicals should not ally themselves with the state and its power, as the church did in the time of Constantine, but should instead follow the example of Jesus, who participated in his society simply as an equal. He taught and debated those around him on an even footing and spread his message with the same means available to others, even subjecting himself to the ruling authorities.

But this is not the Manifesto’s largest concern. “We are also troubled by the fact that the advance of globalization and the emergence of a global public square finds no matching vision of how we are to live freely, justly, and peacefully with our deepest differences on the global stage.” The future will intensify the “challenges of living with our deepest differences,” namely, the religious differences of people around the world. The Manifesto raises this as humanity’s greatest concern, one which must be faced by everyone, not just Christians. While it offers no vision to overcome, it suggests to the Evangelical community that it must change, approaching the future with the humility borne of equality and egalitarianism rather than striving for political dominance. The coercion that comes from such dominance, it argues, “leads inevitably to conflict.”

3 thoughts on “An Evangelical Manifesto” 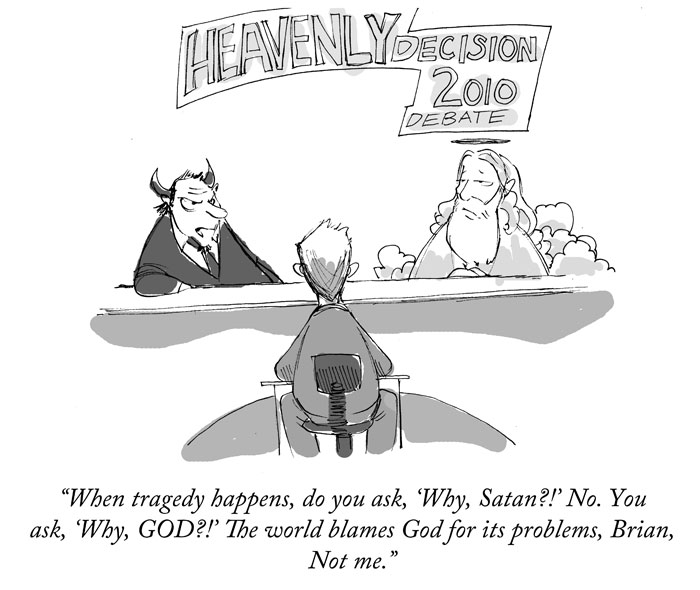 I was going to title this post “how to blog a conference,” but then I realized that what Tyler Williams is asking, […]