Driving home on Rt 22. Dark and late. # Mmmmm. Thank you Dunkin Donuts. # In a senate committee for an hour, one more to go but I teach at 10am. (Thank the Lawd!) # Woof – meeting this morning, left after 1.5 hrs to lecture on DSS, left after 2 hrs (3 hr class) for lunch meeting. Time to breath now. # I would love some of those Pepperidge Farm Chess piece cookies right […]

His work will live on. Arthur C. Clarke, a writer whose seamless blend of scientific expertise and poetic imagination helped usher in the space age, died early Wednesday in Colombo, Sri Lanka, where he had lived since 1956. He was 90. Rohan de Silva, an aide to Mr. Clarke, said the author died after experiencing breathing problems, The Associated Press reported. Mr. Clarke had post-polio syndrome for the last two decades and used a wheelchair. […]

Paterson Discusses Past Extramarital Affairs – New York Times ALBANY – Less than 24 hours after he was sworn in to replace a governor who left office in disgrace because of a prostitution scandal, Gov. David A. Paterson admitted that he had had relationships with women other than his wife, including one who is on the state payroll.Mr. Paterson made the disclosure at a news conference at the State Capitol, accompanied by his wife, Michelle, […] 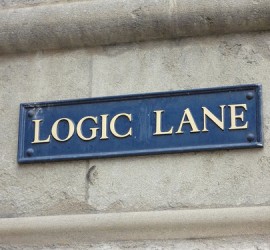 I should preface by saying that although Prof. Vermes had formally retired by the time I was doing graduate work at Oxford I had the great honor to attend seminars and sessions with him and to copy edit DJD vol. 26 which he wrote with Philip Alexander. I can only hope to someday produce half the work at half the quality that he has. That being said, a few comments about the interview, mostly on […]

From my SHC blog: The Centre Daily Times ran an article this morning about Dr. Bose’s speech. Meena Bose, a renowned scholar in presidential studies, is making no more predictions in this race for the White House. Political twists have already upended two of her best guesses — that Democrat John Edwards and Republican Mitt Romney would stay in for the long haul. So don’t expect an overly political speech when Bose, a Penn State […]