This oped was written to BusinessWeek by our Provost Rodney Erickson and signed by all the Big 10 provosts. It is replying to the earlier article “The Dangerous Wealth of the Ivy League”. It is a very good piece (the letter, the other is good as well, but problematic, as the Provost explains).

State universities react to our report on Ivy League wealth—and its perils As BusinessWeek‘s Dec. 10 article “The Dangerous Wealth of the Ivy League”, demonstrated, a sizable resource differential is developing between America’s public and private research universities. But this worrisome—and growing—funding gap cannot be solved along the lines proposed in the story by Harvard University President Drew Gilpin Faust. President Faust suggests that lesser-endowed universities should back off from “ambitious” scientific research and focus instead on social science and the humanities.

As the senior academic leaders of 11 public research universities, we emphatically reject that notion. Collectively, our institutions educate more than 380,000 students, produce 1 in every 8 American PhDs, and conduct more than $4.5 billion worth of research every year.

Over the past quarter-century, however, public universities like ours have been in the grip of a funding vise: Strained state budgets have brought significant funding decreases at the same time that we are trying to serve more students and hold the line on tuition increases.

“The Dangerous Wealth of the Ivy League” reports that leaders in higher education talk about a race for survival among universities. But what’s imperiled goes beyond the public research universities themselves. The relative impoverishment of these schools threatens to upset a public-private balance that is at the core of America’s status as the world leader in higher education and academic-based research. That balance underwrites our ability to meet global competition with social, scientific, and economic leadership.

We believe that most of our colleagues at private research universities would agree that it benefits our country—and private universities—to have a strong cadre of public research institutions. Since World War II, when the country realized the need to provide global leadership, we have recognized the importance of research in higher education. That research has yielded huge benefits.If we are to continue the extraordinary process of discovery and creativity that is the hallmark of our great research universities, we must be willing to provide the support our public institutions need to sustain their educational and scientific excellence. The ultimate stakeholder is the nation. And the stakes are high.

We are starting a podcast at our new Schreyer Honors College website engage.shc.psu.edu and the first one, from me!, is available here. […]

I love David and the narratives surrounding his life and at some point I would like to write about him. In the […] 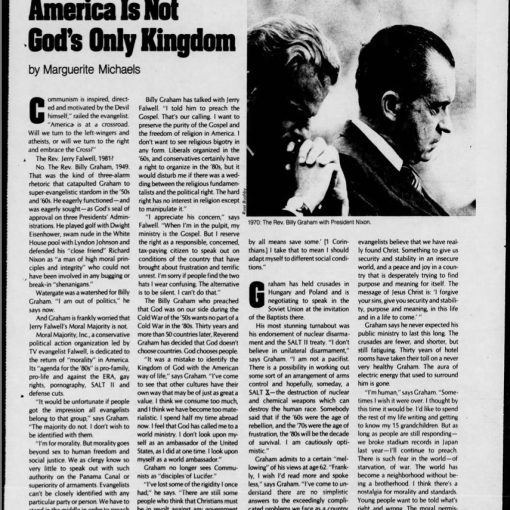