Filed under: Odds and ends, Podcasting

Mark well this day, for it is the day the music died — or at least, the day podcasting stopped being cool. This year’s Christmas message from Queen Elizabeth will be podcast for the first time. You don’t get any more old-media than the Queen, but apparently her royal majesty now is ready to have an RSS feed.

Considering that The Queen is the 40th British monarch since William the Conqueror, I suppose it is high time that her Christmas message gets delivered in 21st-century fashion.

One thought on “Long Live the Queen’s Podcast” 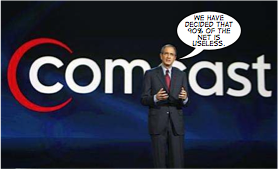 Apparently Comcast is having issues in Pennsylvania with certain routers (? that is what the man said). The result is that only […]

Tomorrow morning I head off with the fam to the UK and then on to the IOTS/IOSOT conference in Slovenia. Needless to […]