This is from one of our student bloggers at engage.shc.psu.edu/students. The title is in reference to Christian music (not my moniker) and, I don’t think Adam will mind my saying, the entry is somewhat surprising coming from this individual. 😉 All I can add is “Amen, amen!”

CHRISTIAN ROCKS
I swear, i’m not going to blog about music again… i lied . BUT, there’s actually some relevence to my music musings.

The final project for my video class is a portrait of my hall mate Eric Sauder. He’s in a christian rock band and i’ve spent the last two days with him and his band.

Ahhh christian music. I have to begin by stating that i like some christian music just like i like some rap, some country, some backstreet boys etc. (well actually i like all of the backstreet boys music). I like it, but i’ve found that when people hear the term “Christian Music” they run and hide and scowl and read mein kampf (i’m joking about that last part). Just because christian music’s primary purpose isn’t to make money, and just because it praises God, doesn’t mean it’s bad. A lot of Switchfoot fans don’t know that they’re a christian band– drawing their inspirations from scripture and their religious experiences.

Is a song necessarily bad because it celebrates God? What about Kanye West’s “Jesus Walks” or Bruce Springsteen’s “Jesus was an Only Son”? Mainstream artists talk about Christianity too… does this make these songs inherintly bad?

My time with Eric was really enlightening. When the film is done i’ll be sure to post a link to it or something if anyone cares. Eric gave a great look into his motivations for creating his music and it was very enjoyable working with him. It’s quite stressful doing a shoot and as much as i enjoyed it, i’m glad it’s done 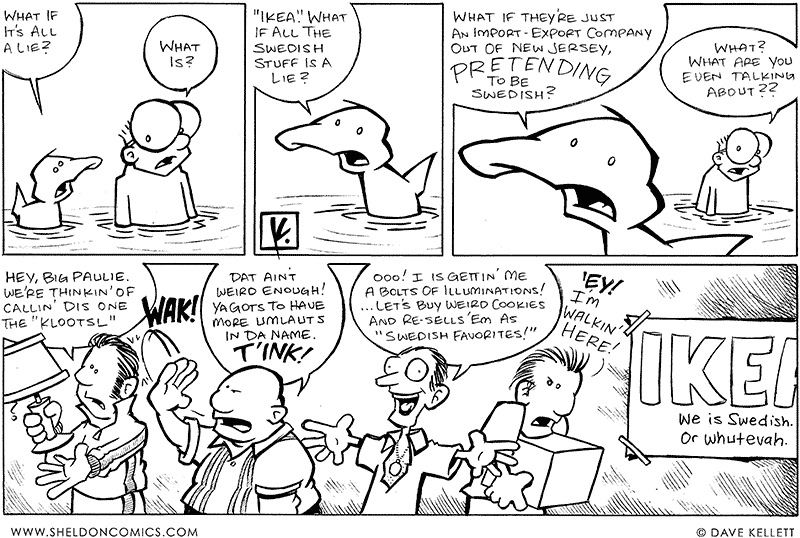 I have suspected as much! Be sure to go to Sheldon: The Daily Comic Strip by Dave Kellett. And if you would […]