PVP is a fun online comic I read regularly. Be sure to read Scott’s comments. Only one nit to pick. Scott says,

The Davinci Code is not revisionist history any more than Star Wars is. It’s a fictional thriller. It’s a novel. Fiction. The very word FICTION defines it as NOT BEING TRUE.

I of course agree! The trouble is that Dan Brown does not. He has repeatedly said that he believes that the hat entire premise on which the novel is based (Jesus was married to Mary Magdalene, had a child by her, she fled to France, etc.) is true. That is why not just a small group (but vocal group) of Christians are speaking out, but why many scholars are annoyed with this book.
But apparently the movie is better than the book… 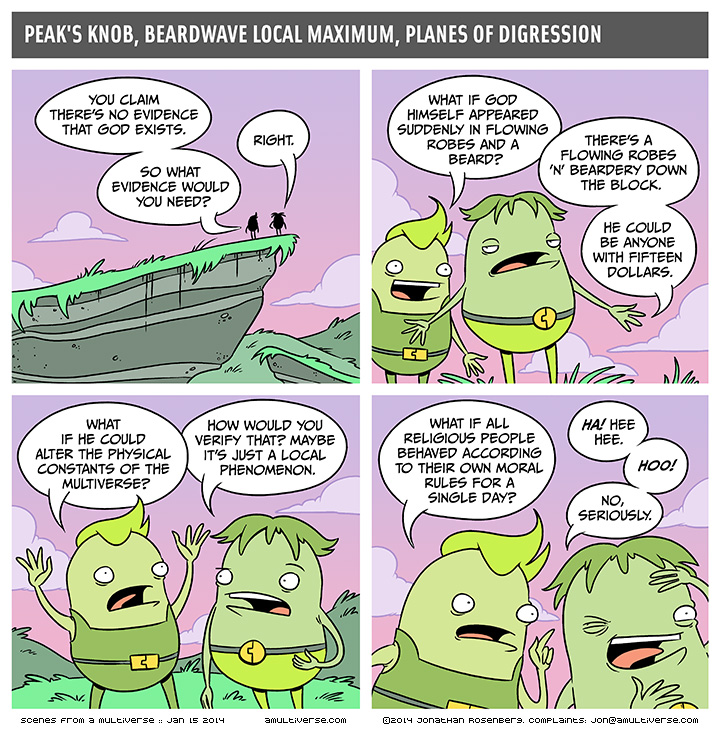 Fellow Cornellian and cartoonist Jason Rosenberg (who clearly has his doubts) poses the question this way:

Dr. Boli is really a must read blog. It is well worth putting on your blog roll (or your bog roll, depending […]