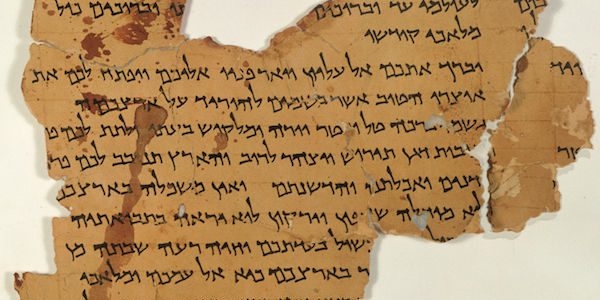 A Facebook friend posted this article from the Washington Post, Stop. Using. Periods. Period. My friend called them “douchey, hipster pod-dorks with no allegiance to the English language” and I cannot say that my assessment is too far off. I would suggest, however that their flagging allegiance is not just to English but to all written language.

Sure, language evolves and changes, yes, like anyone who studies ancient texts, I know that well. I also know that the means of representing language in a textual form (writing) evolves dramatically over time and texting, the internet, and whims are allowing us to see such change occur rather directly. What I do not think Mr. Guo of the WP quite appreciates, however, is that just because a new medium comes along with new and evolving styles of writing does not mean that a fundamental shift in the written language is afoot.

Mr. Guo cites others in noting that the use of the period has now become optional in text and IM thus it has taken on a new tone. An angry tone.

Ben Crair at the New Republic wrote a hilarious history of the period in age of instant messaging. “The period was always the humblest of punctuation marks,” he began. “Recently, however, it’s started getting angry.”

So if I were to text my daughter saying, “I am ready to go.” I might as well, they suggest, be typing in all caps, “LET’S GO” and maybe add an exclamation point or two. Curiously enough, I was thinking the other day that the opposite was being fostered by Apple’s iOS. In their mobile operating system all you need is to add two spaces and the system automatically adds a period to end the sentence. I find that so convenient I miss it on the conventional keyboard. There is no economy, of course, since it is two key strokes either way PERIOD SPACE (Because we all know there should never be two spaces after a period. Right? We all do know that now, right?)

Context is everything. I accept that some of certain generations may thus begin to view the period as a firm conclusion to a statement. Yet in my experience these young men and women are completely capable of making the distinction between a text message and an essay about the love Job’s wife has for her husband. True, they still seem to begin letters to their faculty all too often with “Heh,” but I have yet to receive a written assignment that does not make at least some attempt at adhering to the spirit of Strunk and White, even though none of them have a clue as to the identity of that illustrious duo.

Guo makes an effort to place all this in a broader historical context, citing poets’ use of line breaks and even ancient manuscripts. This, however, is where the flaw in his argument emerges.

Early Greek and Latin texts often lacked any kind of punctuation. They didn’t even have spaces between the words. The reader just had to figure it out. Later on, punctuation and spacing were added to help guide novice readers.

And Hebrew didn’t even use vowels! But a system of vowels and punctuation (and accentuation) were not just added “to help guide novice readers” but were added for clarity. This is particularly important, of course, if you believe the text you are studying is conveying God’s word to his people. The point, however, is that as more people could write and read there was an increasing desire on the part of authors and scribes to make sure that the one reading the text might not come to the wrong conclusions. Thus punctuation, accents, and notations were developed. They were not used all the time, many is the ostracon with shorthand and abbreviations where speed was valued more than clarity (such as are too often my own notes from class), and that brings us back to context.

Sure, the period is gone. Period. From certain forms of communication. Sometimes. Unless you want to convey a particular mood and sentiment in which case, no, it is not gone it has simply changed function. But I will go out on a limb and suggest that it will continue to remain in use for decades, no, I will say it! for hundreds of years to come in more formal writing. Because sometimes, you know, I kinda want folks to, you know, understand what I’m tryin’ to say. Right?

I haven’t seen the Day the Earth Stood Still, but I loved this review. Highlight: Discussing the acting in “Earth” is something […]

The late Johnny Hart, creator of BC, was known for his outspoken Christian beliefs and incorporating them into his comic. His Easter […]