Well, I don’t want to be quite so strident, but some have no such qualms. This past week I came across, via Facebook, this post “Are Christians Wrong About Heaven?” which was in turn inspired by this old interview of NT Wright in Time magazine. So in the more recent blog post the author, Matthew Ryan Hauge, Ph.D.1 says that yes, most Christians are very wrong about heaven.

For example, according to Christian folklore, when Christians die they go to heaven.

If some Christians choose to believe that when they die they go to heaven that is entirely up to them… As long as these same Christians understand that this belief is not present in the Bible.

He goes on to cite 1 Thess 4:13-17 and seems to focus upon the fact that Paul did not want them to be “uniformed.” He surmises that their misinformation was regarding the Greek conception of Hades.

Hades was neutral. Good, bad, rich, poor, young, old – everyone who died descended into Hades to live out a meaningless and gloomy existence. This is the source of the hopelessness of our church in Thessalonica. Loved ones have died, descended into Hades, and are now lost forever. This is the misinformation that Paul is addressing in this passage.

He goes on to state that the dead in Christ are not lost, “on the contrary, they are awaiting the return of their Lord.” So without being explicit in his reasoning, Hauge seems to be arguing that when Christians die they go into a state of suspended animation, often referred to as “soul sleep.” Again, he does not state that this is his understanding, but he does say that it is not a biblical teaching that “when Christians die they go to heaven” and that instead they are “waiting for the return of their Lord.” I will also make an assumption that in referring to 1 Thess 4, he is also focusing upon verses 16-7, with the emphasis as indicated:

16 For the Lord himself, with a cry of command, with the archangel’s call and with the sound of God’s trumpet, will descend from heaven, and the dead in Christ will rise first.  17 Then we who are alive, who are left, will be caught up in the clouds together with them to meet the Lord in the air; and so we will be with the Lord forever.

Confession: I have not read Wright’s book(s) on this subject. I know he has written on it extensively, but in the article cited, he does have a few relevant bits to say that seem to both contradict and confirm Hauge’s position. I want to encourage my readers who do know Wright well, and you are legion, to feel free to correct or add to my knowledge. But from that article we have these two quotes:

We know that we will be with God and with Christ, resting and being refreshed. Paul writes that it will be conscious, but compared with being bodily alive, it will be like being asleep.

There is Luke 23, where Jesus says to the good thief on the cross, “Today you will be with me in Paradise.” But in Luke, we know first of all that Christ himself will not be resurrected for three days, so “paradise” cannot be a resurrection. It has to be an intermediate state. And chapters 4 and 5 of Revelation, where there is a vision of worship in heaven that people imagine describes our worship at the end of time. In fact it’s describing the worship that’s going on right now. If you read the book through, you see that at the end we don’t have a description of heaven, but, as I said, of the new heavens and the new earth joined together.

So it seems that Wright is making a clear and concise distinction between the state of the soul and the bodily resurrection. 1 Thess 4 refers to the bodily resurrection, the rejoining of our spirit with our body. But he also seems to be acknowledging that we are “with Christ” in that intervening period. I am not sure how he reconciles Paul saying that it will be “conscious but…like being asleep.” I would not consider being asleep as being conscious, would you? I also think Paul is clearly using a metaphor, trying to explain how it can be that the body is inert yet we still live he compares it with sleep. We do not necessarily have to take the next step to extend that to our souls being asleep.

I have already suggested a rather unorthodox suggestion of what might happen when we die, but I am not dogmatic about these matters. Why? Because the Bible is not explicit about the matter. Passages like 1 Thess 4 and all of Revelation are of necessity full of symbolic language, attempting to convey fundamental and complex truths in understandable imagery. Those truths are that we will be raised with Christ, we are granted eternal life, God will restore his order and kingdom, and he will be just. But the details are significantly lacking. I do not mind one contemplating and suggesting what the details and the mechanics of it all might be, again, I have offered my own musings as a possibility, but when we begin to be dogmatic about it, deciding who is (W)right and wrong about the matter, about the mechanics of the matter then I back away from the discussion. No good will come of that because it is a conversation had in ignorance.

One of my favorite suggestions is that we contemplate spiritual matters in the ration in which they are presented in the Bible. Concern about demons and hell? Yes, it is present in the Bible, principalities and powers, the judgement of the righteous and the wicked, are all addressed in the Bible and specifically in the Gospels. But how much of Jesus’ time was spent on them? Far less than on conveying the message that Jesus is the Son of God sent to bring forgiveness of sins to the world, than he spent on teaching us to love even those we do not like very much. The same is true for the discussion of what happens when we die. As Wright points out,

Ultimately I think we do have to remember why it was that Paul was touching on the topic at all. It wasn’t so much to correct a doctrinal error, but to encourage them that those who had died in Christ were not lost forever. (Hauge is quite right about that.) We will be raised with Christ, we will inherit the Kingdom of Heaven, and we will be reunited. Let us focus upon those truths, shall we? And we can leave the rest for discussion with a bit of port, so long as you are willing to concede that while I may not be right, I may also not be wrong.

10 thoughts on “Another Christian wrong about heaven.”

Who made these up? Why is it that biblical book abbreviations do not have periods and are not italicized but rabbinic works […] 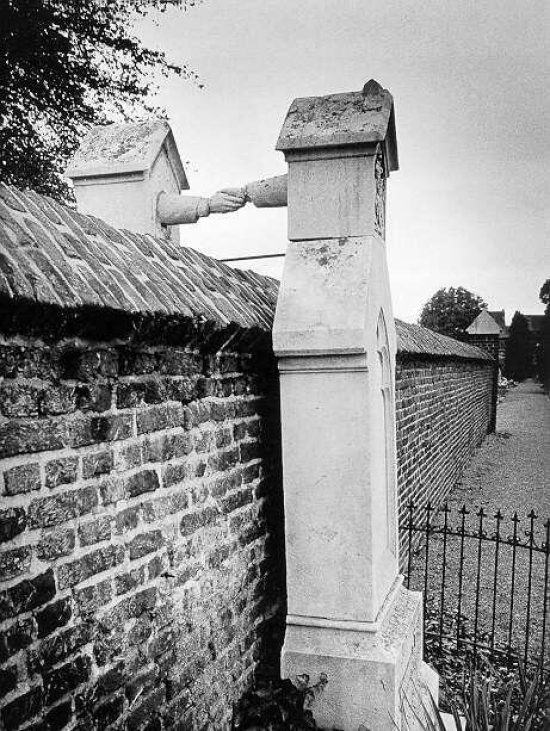