The idea for this post came not really so much from reflecting upon the process of selecting Mack’s headstone, but on some recent conversations. People have a habit of using the phrase “I want my obituary to say…” as a way to express the impetus or motivation for their actions in life. “I want my obituary to say that I was willing to take risks to help others.” “I want my obituary to read, ‘From cradle to grave, she cared more about others than herself.'” Even Mr. Schreyer, when explaining why he was giving so much of his money away during his life said, “I don’t want to read about it on the Heavenly News Network!”

This is not, in my opinion, a bad way to think about major decisions in our life. What is our legacy, what will people remember about us? But no one’s life can be reduced to an obituary, a few column inches or a single web page, let alone a stone with just a few words (and paid for by the letter). The truth is that our “obituary,” how we are remembered, is written in the hearts and lives of the people around us. How will they talk about me? When then sit around and say, “Remember Brady?” what will they say?[pullquote]Coleridge, Samuel Taylor:
Stop, Christian passer-by: Stop, child of God,
And read, with gentle breast. Beneath this sod
A poet lies, or that which once seem’d he–
O, lift one thought in prayer for S. T. C.–
That he who many a year with toil of breath
Found death in life, may here find life in death:
Mercy for praise–to be forgiven for fame–
He ask’d, and hoped through Christ. Do thou the same.[/pullquote]

Now, I don’t think we should be driven by the desire for everyone to like us and speak well of us. One must be oneself, true to your character and personhood. Yet when faced with difficult decisions, say as a manager supervising people, it is worth taking the time to consider the impact of the message you have to convey that they don’t want to receive, consider how to make it as bearable as possible. Or my reply to that message on Facebook, or the mean-spirited text, may be the one act that defines my character for those who receive and read it.

It is usually much later in life (I am currently in my mid-40s) that we consider such matters. Obviously we have had this thrust upon us, but I remember a conversation years ago with a dear relative who wanted to be cremated and the ashes scattered over water. Leaving aside that the one scattering I attended, in boats on a river on a windy day, ended with much of Uncle George residing in my sweater, I urged my relative to consider at least a plaque at a columbarium. The point being that many of us who love the departed are helped in our grief and our remembering by having a place to go, a scared space where we can reflect, remember, and respect the life of one so dear to us. I believe in the resurrection and I know that Mack is not in that grave, but I know that his friends and family appreciate having a place to be.

We took a long time, almost a year, to decide what to put on Mack’s gravestone. It wasn’t easy, to be sure. I understand that many people take years, that somehow it is “too final” and so they put it off. I don’t think we felt quite that way about it, although once the stone was in place, it certainly had a finality to it. Today you can have pictures and also sorts of images (apparently even audio!) added to headstones in addition to sculptures and various shapes.

Mack’s full name is “John William McKenzie Brady” but everyone knew him as Mack, so we made that large and central. (Some of his teammates have commented that they were able to stone his site right away because it was so prominent.) We also wanted to impart something of Mack’s personality and passions, but didn’t want a soccer ball. Instead we chose to add a 4-leaf clover, the symbol of his team the State College Celtics, and his number, 7. Of course I wonder/worry that people who don’t know Mack and over the years that will be everyone, will come to the erroneous conclusion that these were “good luck” symbols. They aren’t. It was merely coincidence. When he picked his first soccer shirt on his first team it was the number 7 and he stuck with that, even though it is not a keeper’s number. The clover arose from the decision to call ourselves the “Celtics.” (If I am being honest, I think I partly wanted to write this in the hopes that there will be some will find this and know what the symbols truly mean.) But we also wanted to impart our shared faith and personal love for Mack. So we chose to engrave on the back as well. Izzy chose a Celtic cross and we have the simple words “Beloved Son” and “Loving Brother.”

My wife has often joked that my gravestone should read, “I have an article to finish.” It will. We have decided and whatever goes on the front, on the back it will carry those simple and true words. In fact, I am procrastinating from finishing an article by writing this post. So there you go, a little whimsy, a little character, and a place to remember me. And when the time comes, feel free to leave your incomplete manuscripts on my grave as an homage to all the words that were never typed, the typos never corrected, and the edits never made.

3 thoughts on “What’s on your gravestone?” 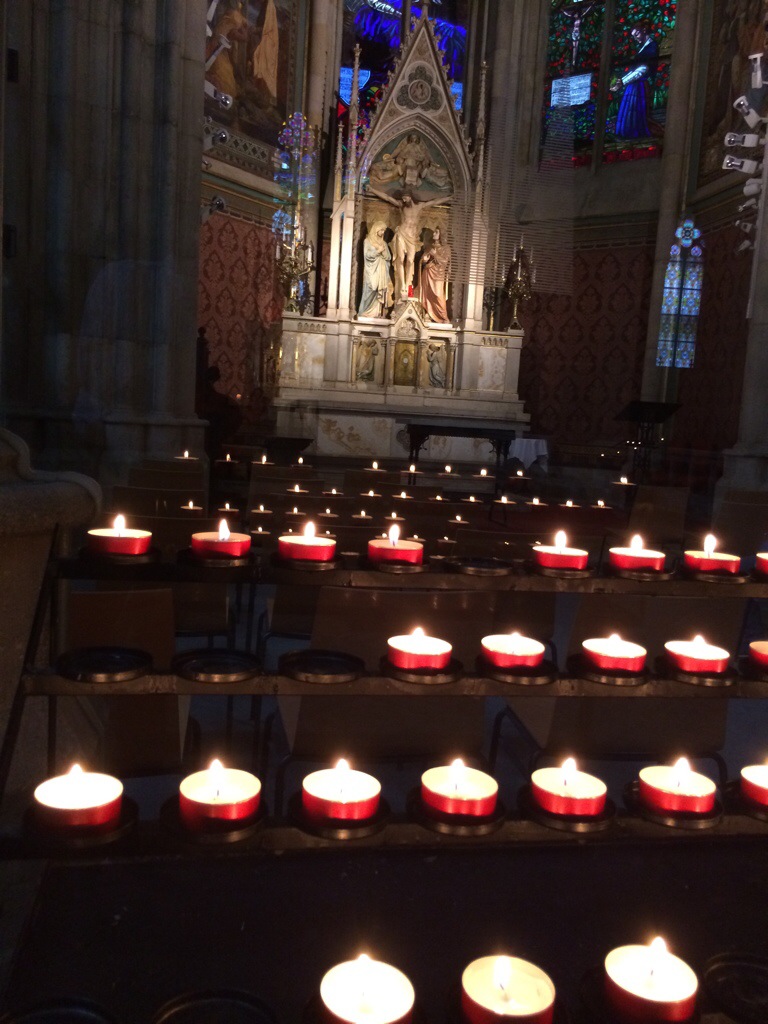 New blog: Academic Workflows on Mac A new blog about academic workflow on the Mac.