My former Penn State colleague (and still fellow parishioner) Philip Jenkins writes today about his hometown and the amazing passion play that took place there this past year. I certainly heard about it on the news this year and perhaps you did too. Philip writes about the town:

I am originally from Port Talbot in South Wales, a town that has lived through very hard times. Once intended as the cutting edge of European industry in the 1950s, Port Talbot became a classic boom town, at its peak employing some twenty thousand at its gargantuan steelworks. By the 1980s, though, that industry collapsed, leaving behind a rustbelt world that would be instantly familiar to any American who knows declining cities like Johnstown PA or Gary Indiana. It is a depressed and depressing place.

It turns out that Port Talbot also produced the amazing actor Michael Sheen who decided to use the enter town as the setting for a passion play.

For a few days, blasted and forgotten Port Talbot made global headlines, and now, the whole event has been released as a film called The Gospel of Us: do watch the memorable trailer, and also the interview with Michael Sheen himself.

Philip ends his post by noting the attention that was brought not just to Port Talbot but the passion story itself in the media.

“Well, last weekend, Christ came to stay in Port Talbot, even if the embarrassment of our secular age meant that, in this performance, his name was never spoken aloud. God the Father himself – a roofer in a blue boiler-suit surveying his creation from scaffolding attached to a council house – was known as Dad. If that seems timid or dumbed down, just consider that there were people on that miles-long procession to the Crucifixion on a roundabout [rotary] by the seafront who have never been taught the greatest story. They think the meaning of Easter is a caramel rabbit. ‘Why is the sad man carrying that big log?’ one child asked his mother as Sheen, in his crown of thorns, passed by.”

Pearson participated in the mass procession to the cross, but flagged under the pressure of heat and numbers. She wanted to give up and leave, but her daughters refused strenuously, declaring:  “We can’t leave Jesus now. His cross is so heavy. If he can do it, so can we.”

via THE GOSPEL OF US.

2 thoughts on “Philip Jenkins on “THE GOSPEL OF US”” 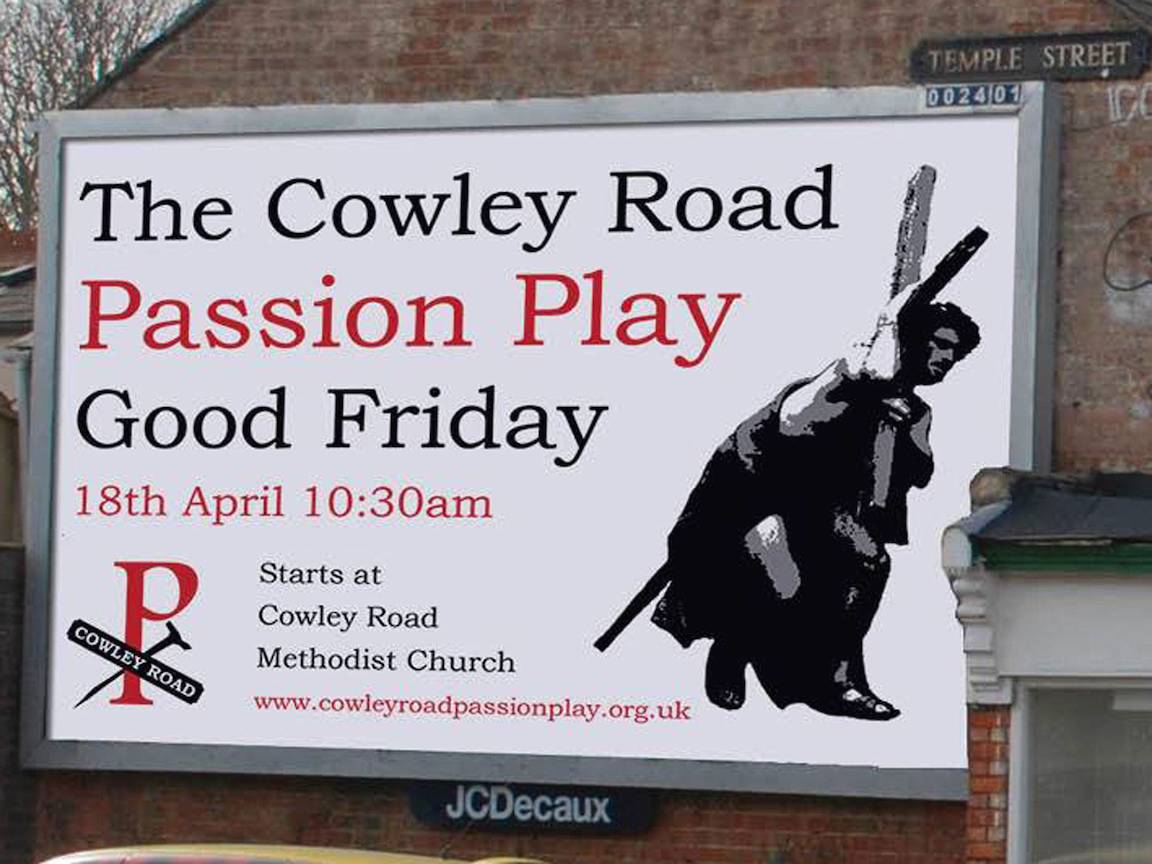 In Oxford, they seem unable to tell the difference. (We lived on Cowley Road for three years.) Oxford City Council apologises for […]