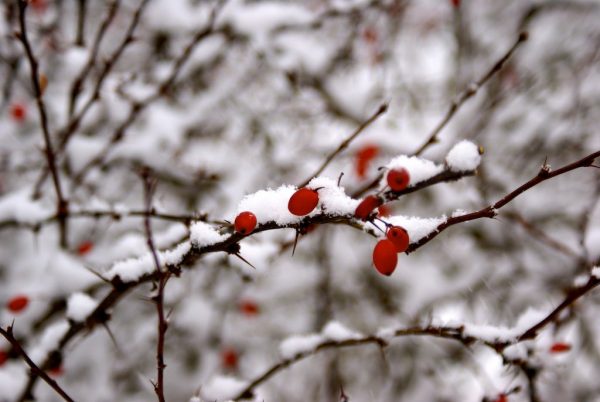 We often forget that the past weeks have not been the Christmas season, rather the liturgical season begins with Christmas. I have some friends who follow the tradition of not putting up their Christmas tree until Christmas Eve. My kids would never go for that but we do follow Advent with Christmas and Epiphany. As someone who did not grow up in a church that followed the traditional seasons and lectionary doing so as an adult has been wonderful. Below I offer my sermon from 2008 given on the First Sunday after Christmas. The readings are the same each year.

I hope that you all have had a wonderful and blessed Christmas Day and that this season the Incarnation will fill and transform your life.

Did you get what you expected for Christmas? The season of Advent is all about waiting; we were waiting for the coming of the Christmas feast, but more importantly we were remembering how all Israel awaited the coming of the Messiah before Jesus was born and how we now await his second coming in glory. The problem with expectations is that they seldom live up to our hopes and visions. The same was true in Jesus’ day. Those who were awaiting the messiah, God’s anointed one who would save Israel had a wide variety of expectations and beliefs as to who the messiah would be and what he would be like.

Most were expecting a military figure who would lead a mighty army to drive out the Romans and establish a great Jewish kingdom with Jerusalem as its capital. Jesus the messiah was indeed the son of David whose kingdom has no end, but the kingdom that Jesus established is the reign of God in our lives. We might drive out an empire or a dictator for a time yet we know that the peace that follows is always fleeting. It is only once all people have allowed the kingdom of God to reign in their hearts and lives through accepting Jesus as their messiah that true peace can be established. This is the true identity of the messiah and his name is Jesus; Joshua in Hebrew, which means, “the Lord is salvation.”

In today’s Gospel we continue to learn more about Jesus’ true identity. As we heard in our readings of the past week, the Son of David is also the Son of God and the Gospel John tells us that Jesus is in fact nothing less than God himself.

What an amazing claim! John opens his gospel with the most audacious assertion ever to be made. Jesus, it is abundantly clear that the Word of which John speaks is none other than Jesus, is God. Now I have heard many people, Christians and non-Christians, say that the belief that Jesus and God are one and the same only came about in the centuries following Jesus’ death and that it is the Creeds that make this statement not the Bible. That is simply untrue and this passage is but one example. That, however, is a sermon for another day.

Notice that John does not simply say that Word was God. He declares that Word was with God in the beginning and that all things were made through him. Listen again to the first three verses.

Every November I attend the annual convention of the Society of Biblical Literature. This is a massive convention with over 8,000 participants and more than a hundred publishers displaying their goods. One publisher, Zondervan, always has some little goody to give away and this year was no exception. One year I headed straight for their booth and found that they had nice mugs to give away. (A perfect accompaniment to the leather coasters from two years ago!) There were two different mugs, one with a quote in Hebrew from the OT and one with a quote in Greek from the NT. The OT reference was Gen. 1.1 ‏בְּרֵאשִׁית בָּרָא אֱלֹהִים אֵת הַשָּׁמַיִם וְאֵת הָאָרֶץ׃ The NT reference was the first verse of John’s Gospel: Ἐν ἀρχῇ ἦν ὁ λόγος, καὶ ὁ λόγος ἦν πρὸς τὸν θεόν, καὶ θεὸς ἦν ὁ λόγος. The connection of these two verses on the mugs is not coincidental. John is speaking about Genesis 1, the creation of the world, and he is telling us that Jesus was there, the Word was with God and the Word was God and more than that, all things were created through the Word. How is that possible? What does John mean? In order to understand that we need to dip into Genesis 1 just a bit. We will look just the first day of creation.

Gen. 1.1 In the beginning when God created the heavens and the earth,  2 the earth was a formless void and darkness covered the face of the deep, while a wind from God swept over the face of the waters.  3 Then God said, “Let there be light”; and there was light.  4 And God saw that the light was good; and God separated the light from the darkness.  5 God called the light Day, and the darkness he called Night. And there was evening and there was morning, the first day.

Each of the six days of creation described in Gen. 1 follow the same pattern. God makes a declaration (“God said, ‘Let there be light’”) and his command is carried out (“And there was light”). Scholars refer to this as creation by fiat, this is not a little Italian car, but the authoritative command (Latin: fiat) of God. So when John tells us that all things were made through the Word and that the Word was with God in the beginning, he is referring to nothing less than the voice of God, his commands that called all of creation into being. And this Word became flesh, Jesus.

Now I will not pretend to be able to explain the details of how Jesus is the voice or Word of God. But I don’t know that John could have either. The mechanistic details are not what is important. What John wants us to understand is that Jesus and God the creator, the author of all life, are one and the same and Jesus was no less a part of creation than he was/is integral to our salvation. Jesus is God’s Word, his authoritative command, God’s Will, made flesh. Yet as soon as we think we have understood what John meant by describing Jesus as the Word and the source of all life, he extends his imagery by telling us that the Word was “the light of men.”

4 In him was life, and the life was the light of men.  5 The light shines in the darkness, and the darkness has not overcome it. … 9 The true light that enlightens every man was coming into the world.

Here we find John succinctly telling us what it means that Jesus is “the light;” he will enlighten us all. This is the fundamental nature of light, it illuminates, it reveals, it enables us to see that which was previously hidden. Through Jesus God revealed his complete grace, of which the Law was but a foretaste (as our reading from Galatians states so clearly). The word and light of Jesus shows us that it is not just the act of adultery or murder that is sinful, rather it is the very thoughts of our hearts that God desires to be brought into submission to his will. The Word declares and the Light reveals.

Yet John tells us that:

10 He was in the world, and the world was made through him, yet the world knew him not.  11 He came to his own home, and his own people received him not.

The light of Jesus continues to shine in this world and we continue to declare the gospel message that he is the Word become flesh. And yet now, as in Jesus’ own day, all too often we refuse to listen and we put on our sunglasses so that we might willfully remain in the dark. We must ask ourselves daily, what does it mean that Jesus is the Word and the Light? Who Jesus was and is, what he did, what he said is nothing less than the revelation of God. He is God’s declaration that God loves us and is calling us back to himself. By his Word he created this world for us to live in alongside Him, but sin separates us. The Good News we proclaim every Eucharist is that through this same Word God reconciles us to himself.

One thought on “This is the Christmas season”