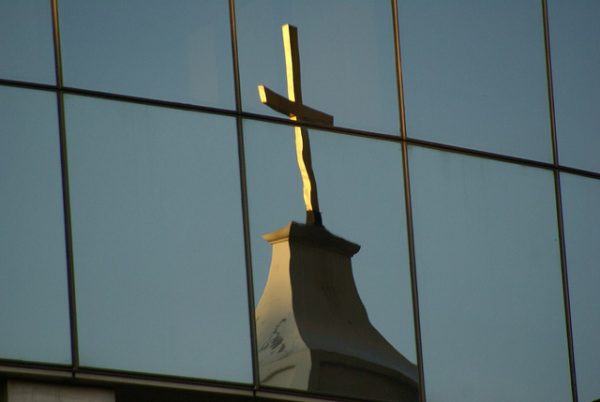 This morning was a short homily due to other items in the service. As you may be able to guess Gen. 1-3 has been on my mind lately so I took a bit of a liberty to bring it in to the lectionary for today. If you are patient you will find I offer an interesting take on the origin of sin and mercy.

The Justice of God

The days are surely coming, says the LORD, when I will make a new covenant with the house of Israel and the house of Judah.

A new covenant, God building up and planting Israel, people dying for their own sins, what a very odd passage this must sound to us today. The context lost to most, what we often miss is the realization that the prophet Jeremiah was declaring the salvation of the world. At the time he made this declaration Judah was besieged and Jeremiah himself had made it clear that Jerusalem would be destroyed because of the sins of the nation, because Israel had broken its covenant with God. And into this besieged city, full of famine and suffering, Jeremiah declares that God will not only bring punishment but after a time restoration and forgiveness of sins as well.

The nature of sin is something we do not consider very often from the pulpit but from time to time we need to reflect on just why it is that we must confess and receive forgiveness.

This semester I am teaching a 1-credit class on Genesis 1-3. Several folks here joined me a few weeks ago during our Forum between the services for a quick dip into the opening chapters of the Bible. I often challenge students asking them why it is that God bothered to put the Tree of the Knowledge of Good and Evil in the Garden if Adam and Eve weren’t allowed to eat from it. The answer usually doesn’t take to long to uncover: if God had not provided an opportunity for them to disobey then they would also never fully understand what it means to love God, freely and fully.

There is a corresponding truth that takes longer to uncover. In presenting Adam and Eve with the opportunity to demonstrate their love and obedience to him, God also created the opportunity for sin. Sin did not exist in the Garden prior to this moment but the potential did.

Gen. 3.1   Now the serpent was more crafty than any other wild animal that the LORD God had made. He said to the woman, “Did God say, ‘You shall not eat from any tree in the garden’?”  2 The woman said to the serpent, “We may eat of the fruit of the trees in the garden;  3 but God said, ‘You shall not eat of the fruit of the tree that is in the middle of the garden, nor shall you touch it, or you shall die.’”  4 But the serpent said to the woman, “You will not die;  5 for God knows that when you eat of it your eyes will be opened, and you will be like God, knowing good and evil.”  6 So when the woman saw that the tree was good for food, and that it was a delight to the eyes, and that the tree was to be desired to make one wise, she took of its fruit and ate; and she also gave some to her husband, who was with her, and he ate.  7 Then the eyes of both were opened, and they knew that they were naked; and they sewed fig leaves together and made loincloths for themselves.

Gen. 3.22   Then the LORD God said, “See, the man has become like one of us, knowing good and evil; and now, he might reach out his hand and take also from the tree of life, and eat, and live forever”—  23 therefore the LORD God sent him forth from the garden of Eden, to till the ground from which he was taken.

Jeremiah spoke to a people in complete despair as the watch and experienced suffering and death all around them and dared to say that it was God’s judgment for their rejection of him. They had worshipped other gods and had refused to obey the covenant, the special Law that he had given Israel and this was their punishment. But on that day of judgment God also declared that he would have mercy.

This is the covenant that I will make with the house of Israel after those days, says the LORD: I will put my law within them, and I will write it on their hearts; and I will be their God, and they shall be my people. No longer shall they teach one another, or say to each other, “Know the LORD,” for they shall all know me, from the least of them to the greatest, says the LORD; for I will forgive their iniquity, and remember their sin no more.

This is the new covenant we have in Christ. He came and died for the forgiveness of our sins. As Jesus showed in the parable we read this morning, when we appeal to God for his justice and mercy he will hear us. The only question that remains is

“When the Son of Man comes, will he find faith on earth?”

3 thoughts on “The origins of mercy & God’s justice”

I stumbled across a post by Vince Vitale who was responding to a challenge from a friend, a retired Princeton professor, who […]

I saw this book, Jesus Was An Episcopalian (And You Can Be One Too!): A Newcomer’s Guide to the Episcopal Church, referenced […]