This story is from the NOLA Times-Picayune. It reminds everyone of the good work still being done by the church in New Orleans.

But proceeds to go to Katrina relief
Friday, January 04, 2008
By Bruce Nolan
The Good Book states the battle is not always to the strong, nor the race always to the swift, but dubious Episcopal bishops in Louisiana and Ohio nonetheless are betting on the power and speed of their opposing Tigers and Buckeyes, inviting their flocks to join in — and promising the proceeds to Hurricane Katrina relief.

That said, there isn’t much smack talk involved — not yet at least, these being Episcopalian clergy.

But there is a promise by Bishop Thomas Breidenthal to put up $250 for every Ohio State touchdown and $100 for every Buckeye field goal in Monday’s Bowl Championship Series game. He is inviting more than 25,000 Episcopalians in his Diocese of Southern Ohio to make similar pledges.

Breidenthal’s call went out Sunday to 82 Episcopal congregations, including those in Columbus, Ohio State’s hometown. Diocesan spokeswoman Richelle Thompson said the invitation likely will be widened in the next few days to target Buckeye Episcopalians wherever they might be found.

In response, Bishop Charles Jenkins of the Diocese of Louisiana has called on Tiger fans to pledge similar dollars for LSU points. That announcement will go out from 54 Episcopal pulpits Sunday, the day before the game, but the call to ante up pledges against Ohio State is posted on the Louisiana diocese Web site now.

The bishops said all the money will go to Katrina relief administered by Jenkins’ diocese in southeastern Louisiana. The Louisiana diocese raises money for Bundles of Hope, with donation levels of $20 to $1,000 that buy goods and relief services in metropolitan New Orleans.

Breidenthal is new to Ohio. His biography suggests a cerebral churchman who last served as a chaplain at Princeton and before that as a seminary professor in New York.

“St. Paul tells us we are called to outdo each other in doing good,” he said. “Competition is sanctified when it does good things for communities and brings people together.”

In truth, though, the idea for the challenge came from a Breidenthal aide “who’s a big Buckeye fan,” Thompson said.

“Clearly, the Buckeyes are going to win. This is just going to make it a little easier for Louisiana to bear,” she said. “If you want smack, we’ll just leave it at that.”

Jenkins, a Louisiana native whose wife, Louise, once taught agronomy at LSU, said he willingly took the bet.

“I am concerned Buckeye fans won’t have to buy very many Bundles of Hope,” the Louisiana bishop said. “We know they will have a hard time scoring any points against our Tiger defense.”

This is an amazing story of devotion and committment. (With a few humorous observations along the way). BBC NEWS | Europe | […]

It has been a very busy week and most of this coming week will be spent on the road. I had hoped […] 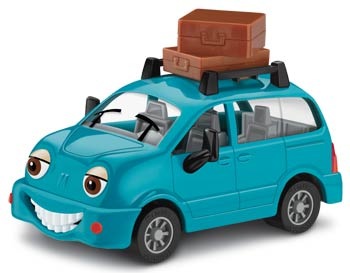 How others see me:

A great strip from Scott Kurtz, PVP. (A reminder: the image will looked squished so just right-click [control-click] and select “view image” […]