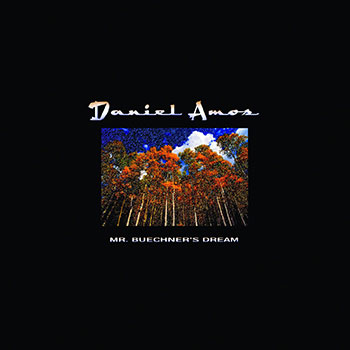 The following is from the very interesting and engaging blog Middlebrow. The entry is specifically from Dr. Fred Sanders, professor of theology and “is widely recognized as the world’s greatest systematic theologian cartoonist.” MBD is an outstanding album from a great songwriter and band. I have reviewed it somewhere on Targuman, but I cannot find it now. So, enjoy this far more thoughtful post.

Your Old Men Shall Dream Dreams

Since at least the time of Nietzsche, a major objection to Christian faith has been that it is bad for the human spirit generally, and the imagination in particular. It produces people with tiny souls, content to monger prooftexts, take everything on authority, stay on the surface of life, and investigate nothing. Pat answers satisfy our lethargic minds and trite nostrums guide our moral lives, while “Christian art” (if the term itself is not indeed oxymoronic) is considered wildly successful if it rises to the level of bare mediocrity.

So goes the critique, and it’s got some bite. But Daniel Amos’ 2001 CD, Mr. Buechner’s Dream, is a standing refutation of the notion that faith kills art. This sprawling CD (actually a double-CD set) doesn’t refute the Nietzschean suspicion simply by being swell art and therefore a bit of evidence to the contrary –though as the mature product of an accomplished group of Christian musicians it is certainly that. No single CD will turn that tide; in fact a generation or two of Rembrandts and Bachs would barely suffice to that end.

Instead, what Terry Taylor and his band offer here is the fruit of a quarter-century’s personal struggle with questions of art and faith. In the unpromising arena of Contemporary Christian Music, the band Daniel Amos has been fighting this battle across a career that spans more than two dozen major releases (if you count all the solo projects, side bands, and whatnot). Taylor has been turning this problem over and over in his head, asking himself and his listeners about the way Christian faith shapes art.

Be sure to read it all at Middlebrow.

Muna Heaven is not just a Penn State grad, she is an SHC grad! Jamaican, Muna Heaven, on Trump’s ‘Apprentice’ (Jamaica) (Photo […]

In the simulation lab at Hershey Medical Center, Penn State.