I meant to post this last week, but the trip got in the way. For those wondering about the need for (and lack of) Mac Office converters once the new Windows version of Office comes out:

There’s been some pretty alarmist news stories this morning (apcstart.com; CrunchGear) about file format converters and Office for Mac. Because some of these stories seem designed more to inflame than inform, I want to reiterate our previously reported intention to provide free converters, clarify our timing for their release, and also give some direction on how best to avoid incompatibility until they are available.

Be it resolved: The Mac BU WILL issue free, downloadable file format converters that allow users to read the new Microsoft Office Open XML Format. We announced that publicly at WWDC, and nothing has changed.

Timing: We’re working on our file format converters as I write. We had to wait until Office 2007 bits and the new file format itself were locked down.  During this time, we spent the last year and a half prepping and planning for our own development of file format converters for Office for Mac.  This included the basic supporting work of a rich and compatible XML parser, code to understand the new package structure, and beginning work on reading and writing early development versions of the file format. So now that Office for Windows has been released, we are working on completing compatibility with the released formats, while also completing other major work such as moving our codebase to the Intel platform, which we have discussed at some length on this very blog and elsewhere. We are running on target and expect to release a free public beta version of the file format converters in Spring 2007, with final converters available six to eight weeks after we launch our next version of Office for Mac (which, as previously reported, will be available 6-8 months after general availability of Win Office.) The next version of Office for Mac will natively read the Open XML Format; users of the current version of Office will have converters in order to maintain compatibility with the new Office for Windows.

There will be a delta between general availability of Win Office (January) and converters from MacBU (expected late March/early April.) We realize this will be an inconvenience for some of you (trust me, we know – 90% of Microsoft has been dogfooding Office 2007 for many months, and we in the MacBU are well used to asking for down-reved versions ourselves). For now, we recommend that Mac users advise their friends and colleagues using Office 2007 to save their documents as a “Word/Excel/PowerPoint 97-2003 Document” (.doc, .xls, .ppt) to ensure the documents can be shared across platforms.

(Via Mac Mojo; btw this is the MS Mac dev team’s official blog.)

PJ sent this along via email. A very humorous article providing neologisms for the church world. A few examples. There’s a word […] 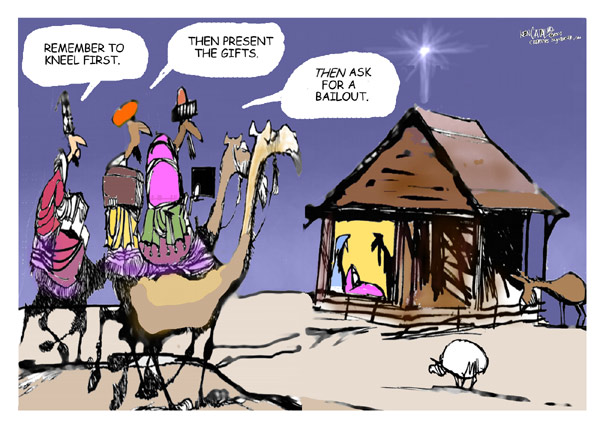 UPDATE: I just noticed that this is my 2,000 post. Somewhat fitting, don’t you think? It combines all of my interests (aside […]

OK. One more. “Jesus has come back and he’s a phone now.” From PVP by Scott Kurtz.