“But it is putting things the wrong way round to assert, as has been recently done, that the faith in the resurrection is ‘nothing other than faith in the Cross as a saving event’ (4). The event of Good Friday left the disciples in a state of indescribable sadness and disillusionment. Had nothing further happened, faith in Christ would have collapsed, no ecclesia would have arisen, the knowledge of Jesus would not have reached us, the event ofJesus would have merged as an unimportant episode ofJewish sectarian history into the darkness of world history. That this did not in fact happen, that, rather, the tiny flock of Christ’s disciples filled and conquered the world with their knowledge of Christ, took place solely and exclusively because Jesus Christ showed Himself to them as the Risen One, and, as the living present Saviour, founded in them a new life.” Eternal Hope, p. 143

“For our part we would prefer to interpret the manifold discrepancy of the Easter reports as an indication that the
fact to which they bear witness is in the strict sense of the word eschatological; that is, the beginning of the advent of the eternal consummation, of the life of the world to come, which cannot be grasped in the categories proper to this space-time world (6) . The resurrection of Jesus is as an event the utterly incomprehensible and transcendent, the beginning of the Parousia, of which the one might say obvious characteristic is its incomprehensibility, its non-coordinability (7), the utter impossibility of expressing it in the terms of our thought and ideas.

The resurrection is an incomprehensible event because it represents the inbreak of the eternal world of God into our temporal sphere. Thus it is something which no man can understand or describe, because it is the cancellation of space-time existence. But it is also quite plainly the self-testimony ofJesus Christ, of the Crucified, as the Living One. The New Testament reports emphasize in different measure and in different ways this twofold factor: The Risen Lord is recognizable as the same Jesus whom we knew in His earthly life and He is also quite other than He was in His earthly life.” Eternal Hope, p. 144.

You know when you find something great, like Dickey’s BBQ, and you think “how could I have gone so long without this?” […]

I have debated for more than a year whether I should share my thoughts on Psalm 22 with you. They feel selfish, […]

Converting from converting from religion. That is the basic premise of this article by Timothy Larson in the Wall Street Journal. I […] 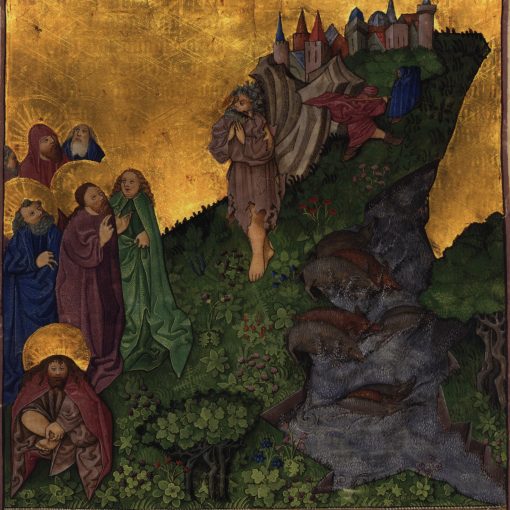