Word and Speech; Truth and Action.

What has been done “in the name of Jesus”? In Scripture, the blind are made to see and the lame to walk. Sins are forgiven in the name of Jesus. Indeed, Peter says that “There is salvation in no one else, for there is no other name under heaven given among mortals by which we must be saved” (Acts 4:12).

But in the centuries since Peter and John were brought before those religious leaders, people have been murdered “in the name of Jesus.” In the name of Jesus, wars have been started, nations destroyed, and unspeakable suffering has been inflicted upon humanity. It has led people like Bertrand Russell and Richard Dawkins to claim that it is the primary characteristic of religion to incite people to prejudice, hatred, and destruction. They are not entirely wrong.

Religion, even the mighty name of Jesus, has been used as excuse for domination and suppression for all of human existence. That is the key, of course, the common thread is not religion in general or Christianity specifically, but humanity. It is human nature to seek to have control over the world, to place concerns of self over the good of others. Religion, any religion or philosophy, is just a handy justification for our selfish behavior.

So it is understandable that today, when we hear Peter heal “in the name of Jesus” and tell us that it there is “no other name under heaven by which we must be saved” we might cringe a bit and think of all the horrible things being done in that same name.

But that is why it is vital that we remember who it is that bears that name, the one who called himself the “good shepherd,” the one who, rather than lead armies and build earthly kingdoms, laid down his life for his sheep, for us all. Being a follower of Jesus is the opposite of the selfish actions taken in the name of “religion.” It is the giving up of self.

1 John 3:16 We know love by this, that he laid down his life for us–and we ought to lay down our lives for one another.

Yet rarely are we called to make such an offering. In some ways, I have often thought that, when called upon to offer my very life, I might find it easier than, say, the giving of my time to listen to a person’s troubles. A grand noble gesture of placing myself in physical harm to save another person seems, well, grand and noble! But would I as easily or readily give up a tenth of my salary to help with the local woman’s shelter or risk my reputation to march in support of refugees? Still John asks,

17 How does God’s love abide in anyone who has the world’s goods and sees a brother or sister in need and yet refuses help? 18 Little children, let us love, not in word or speech, but in truth and action.

3:23 And this is his commandment, that we should believe in the name of his Son Jesus Christ and love one another, just as he has commanded us.

A great cartoonist and a humble Christian died today. He was not without controversy and I didn’t always appreciate his style of […] 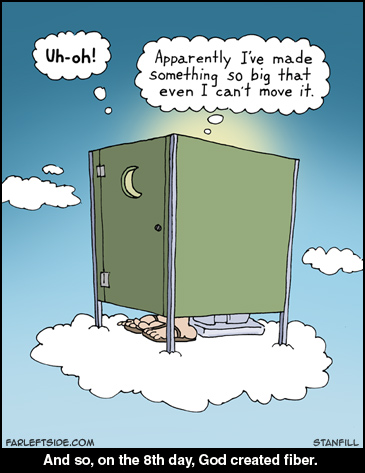 Reading D. A. Carson’s How Long, O Lord is bringing me to terms with some of the more basic premises that I was […]