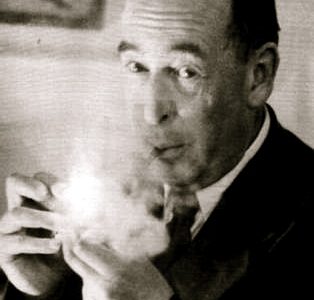 I noticed this debate on Twitter the other day. @wycliff chided @CSLewisU for propagating the apocryphal quote “You don’t have a soul. You are a soul. You have a body.” I had seen these on the inter tubes recently and it had made me ponder. It seemed more than a bit heretical and not very much like Lewis, at least not to my ear. @wycliff kindly pointed to this article “You Don’t Have a Soul”: C.S. Lewis Never Said It  on Mere Orthodoxy. Very good stuff by recent Duke grad: “Hannah is a recent graduate of Duke University, where she majored in history and religion. She is an avid Tumblr user and tweets regularly. Lately, she has also been blogging about the Jesus Movement.”

Read it all, but the conclusion stands well on its own.

A closer look at these older sources shows that many of the authors thought that concentrating on the soul would encourage proper behavior. In one instance, The British Friend, one of the two main British Quaker periodicals at the end of the 19th century, published a piece in 1892 on excessive mourning at funerals. The author believed that overly strong mourning kept people from remembering their hope in heaven. It is here, finally, where we find the quote attributed to George MacDonald.

“Never tell a child,” said George Macdonald, ‘you have a soul. Teach him, you are a soul; you have a body.’ As we learn to think of things always in this order, that the body is but the temporary clothing of the soul, our views of death and the unbefittingness of customary mourning will approximate to those of Friends of earlier generations.”

This attribution to George MacDonald finally, perhaps, begins to unveil how C.S. Lewis came to be associated with the statement, given Lewis’ reverence for the Scottish minister.

It is fair to question the notion that our bodies are temporary; in fact, the popularity among Christians of the ‘you are a soul, but you have a body’ sentiment, stripped of any nuance or context, indicates that a robust defense of the theology of the body is needed.

But nothing is more universal than death, and it is understandable that this quotation was, and is, widespread because people want to be assured of their future. Christians need to be mindful, however, that they are embodied creatures with the promise of an embodied resurrection. Jesus incarnated in a body and resurrected with a body, so Christians should be careful about minimizing their own.

via “You Don’t Have a Soul”: C.S. Lewis Never Said It | Mere Orthodoxy | Christianity, Politics, and Culture.

It is Christmas Eve and we have an ice storm, I have a fractured thumb and a sermon to write for the […]