This Advent I am leading a discussion group at church. Last Sunday was the first and…well, I couldn’t make it. So instead I put together this small set of texts and questions to help them with discussion.

Advent is a time of expectation; we await the return of Christ even as we remember his first arrival as the baby Jesus. But what were the people of the first century expecting? We know that they looked for the Messiah, the “anointed one,” to arrive, but what kind of messiah were they looking, praying, and hoping for? In this series we will consider the biblical prophecies, contemporary Jewish texts like the Dead Sea Scrolls, and the New Testament to understand the historical question of Jesus’ messiahship. More importantly, we will also consider what sort of messiah we are expecting this Christmas.

I am sorry that I will be unable to be with you on this first Sunday of the series, 4 December. The time is not lost, however, since much of what we need to do is consider the biblical texts that form the background to the Jewish world that Jesus was born into. Indeed, this is “the Bible” that Jesus knew. The Gospels were not lived, let alone written, and the apostles and Paul had not yet been born. So today consider these texts from Scripture and discuss the questions presented. If the context of the text cited is unfamiliar by all means go back and consider the broader setting; that is always important and an appropriate thing to do. The questions are offered as nothing more than a catalyst to begin conversation so do not feel constrained by them but allow your thoughts and discussion to travel far and wide. I look forward to joining you in one week to continue the discourse.

2 Sam. 7.11 “Moreover the LORD declares to you that the LORD will make you a house.  12 When your days are fulfilled and you lie down with your ancestors, I will raise up your offspring after you, who shall come forth from your body, and I will establish his kingdom.  13 He shall build a house for my name, and I will establish the throne of his kingdom forever.  14 I will be a father to him, and he shall be a son to me. When he commits iniquity, I will punish him with a rod such as mortals use, with blows inflicted by human beings.  15 But I will not take my steadfast love from him, as I took it from Saul, whom I put away from before you.  16 Your house and your kingdom shall be made sure forever before me; your throne shall be established forever.”

This prophecy from Nathan to David assures David that his dynasty (unlike that of Saul, whom he replaced on the throne of Israel) shall last forever. How do you think this was received in David’s time or in those years following his own death?

By the time of Jesus this passage was understood as referring to someone more than simply a descendent of David. What do you think led to this “broader” interpretation? What historical events transpired in those several hundred years that led to Jews reinterpreting this passage?

I will tell of the decree of the LORD:

today I have begotten you.

8 Ask of me, and I will make the nations your heritage,

and the ends of the earth your possession.

9 You shall break them with a rod of iron,

and dash them in pieces like a potter’s vessel.”

You said, “I have made a covenant with my chosen one,

I have sworn to my servant David:

4 ‘I will establish your descendants forever,

and build your throne for all generations.’”

These are psalms often assumed to be “coronation” hymns that would have been sung at the anointing of the new king of Israel. The Hebrew term is משח (mesach), “to anoint,” and the one anointed is משיח (meseach), from whence we get the term “Messiah.” There were three groups of people who were anointed in the Bible: priests, prophets, and kings. These two psalms were clearly developed from the prophecy of 2 Sam. 7. Consider them in their contexts.

Immanuel – God with us

After Solomon’s death the kingdom of Israel split into two: Judah (with David’s heir on the throne) in the south and Israel (seen as the rebellious ones) to the north. Isaiah is prophesying to Ahaz in the famous verse. Consider it in context.

Isa. 7.14 Look, the young woman is with child and will bear a son, and will name him Immanuel. 15 He will eat curds and honey by the time he knows how to refuse the evil and choose the good.

The historical setting was one of conflict and uncertainty. Isaiah was assuring Ahaz that all would be well and evidence of this was that his wife, who had been unable to bear children up until now, was with child and that son would be born and grown up. Why do you think we find this same passage used in a very different way in Matthew when the angel reassures Joseph that all will be well (Matt. 1.21-3)?

Isa. 9.6 “For a child has been born to us, a son given to us. Authority rests on his shoulders. He will be called Wonderful Counselor, Mighty God, Everlasting Father, Prince of Peace. 7 His authority will continue to grow, and there will be everlasting peace for the throne of David and his kingdom. He will establish and sustain it with justice and with righteousness from now and into the future forever. The zeal of YHWH of hosts will do it.”

Another prophetic text well known to us all from Christmas. This is the occasion, in its historical context, of the birth of Hezekiah, Ahaz’s son referred to above. Consider the titles ascribed to this child that “has been born to us.” Are these the epithets we would normally associate with a human king? Even considering that semi-divine attributes might at times be attributed to ancient kings (this is a debated point with reference to kings of Israel and Judah), what aspects of this passage do you think lent themselves to be interpreted by the time of Jesus as applying to someone more than a “simple” king?

Jer. 31.31 The days are surely coming, says the LORD, when I will make a new covenant with the house of Israel and the house of Judah.  32 It will not be like the covenant that I made with their ancestors when I took them by the hand to bring them out of the land of Egypt—a covenant that they broke, though I was their husband, says the LORD.  33 But this is the covenant that I will make with the house of Israel after those days, says the LORD: I will put my law within them, and I will write it on their hearts; and I will be their God, and they shall be my people.  34 No longer shall they teach one another, or say to each other, “Know the LORD,” for they shall all know me, from the least of them to the greatest, says the LORD; for I will forgive their iniquity, and remember their sin no more.

The context for this passage is not about a king or a child’s birth, but rather it is about God’s relationship with his kingdom, his people Israel. It is just prior to the destruction of Jerusalem in 586 BCE and while God has declared through Jeremiah that Jerusalem would be destroyed for the sins of the nation, he also announces that a new covenant, a new contract with Israel would be forged. How do you think this would change the way Jews viewed the “old covenant” (the Law given at Sinai)? Does it change your view of the promise to David?

What kind of messiah do you think the ancient Jews living after the kingdom(s) had been destroyed, after the princes and priests and elite had been sent into exile, and after their return to rebuild Jerusalem and the Temple, living under first Persian, then Greek, then Roman rule had come to expect? 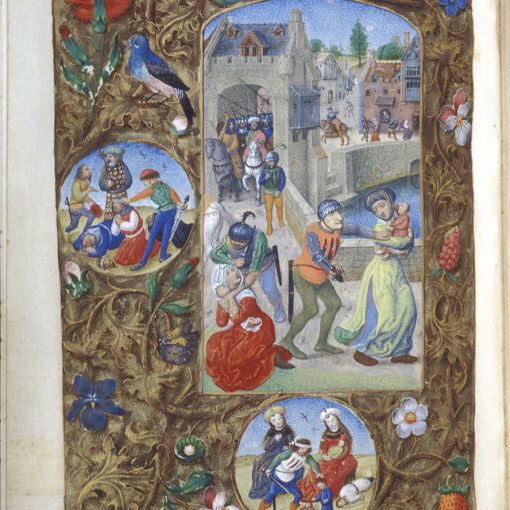 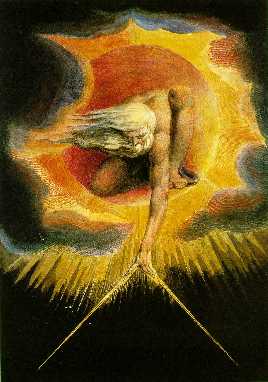 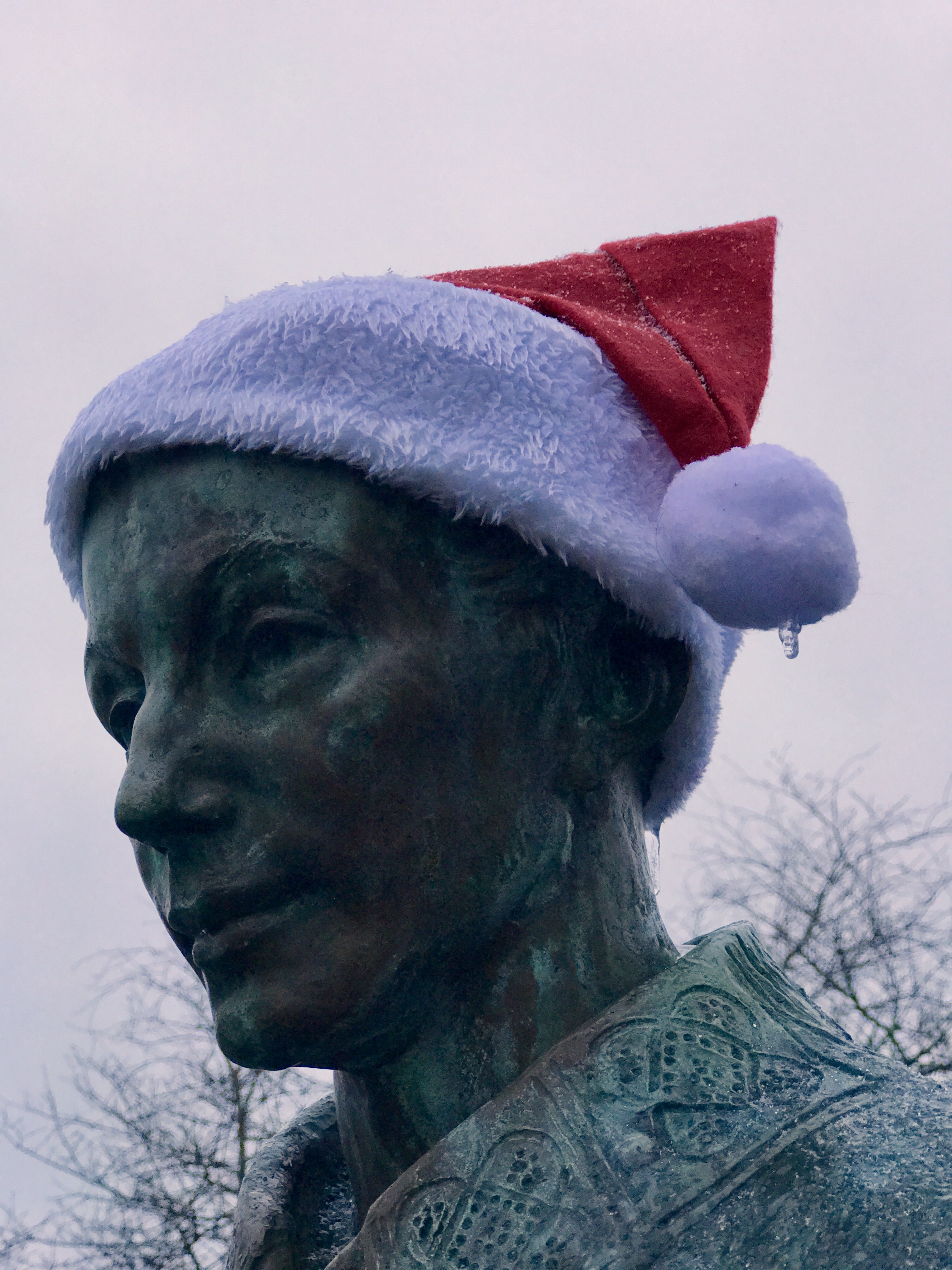 Below is the podcast of the talk I presented for Tisha b’Av at Beth Israel.