[Was, “What is an e-book, asks a publisher.” I updated the title of this post. Yes it is a bit more provocative but I think it accurately reflects what Galassi is ultimately saying (hoping).]

The NY Times has an op-ed by Jonathan Galassi, the president of Farrar, Straus & Giroux. In it he ponders the news that William Styron’s work will be re-published in an electronic format.

News that the heirs of William Styron, the author of “Sophie’s Choice,” are licensing the electronic-publishing rights for some of his Random House books to Open Road Integrated Media got me to pondering: Are e-books a new frontier in publishing, a fresh version of the author’s work? Or are they simply the latest editions of the books produced by publishers like Random House?

The perspective that Galassi takes is perhaps not surprising, given his role as a publisher, but is a different angle than I think most “digerati” will have considered. His point is that the original printed versions of Styron’s works were more than just his words, they included the careful editing of the professionals at Random House and the expert graphic design, everything from the font to the commissioned images for the cover, provided by the publisher. OK. It is certainly reasonable to consider how their contributions influenced the work and our reception of it. But then Galassi takes it a step further, to a place I am not sure I am ready to go.

The author’s heirs hold the copyright to his work. But should another company be able to issue e-book versions of Random House’s editions without its involvement? An e-book version of Mr. Styron’s “The Confessions of Nat Turner” will contain more than the author’s original words. It will also comprise Mr. Loomis’s editing, as well as all the labor of copy editing, designing and producing, not to mention marketing and sales, that went into making it a desirable candidate for e-book distribution. Mr. Styron’s books took the form they have, are what they are today, not only because of his remarkable genius but also, as he himself acknowledged, because of the dedicated work of those at Random House.

Emphasis is mine. Galassi seems to be making an argument that Random House has, in some tangible manner, a right to the works of Styron. That is a step too far for me. While the font and dust jacket may have an influence on my reception of the text, it is on the most superficial level. The editing is, of course, extremely important, but if it has had so much influence on the text then the work should not have had only Stryon’s name on the cover in the first place. No, that was the publisher’s job and the reason they received a healthy portion of the proceeds from the sales of the book in the first place. (And I am certain that those graphic elements do belong to Random House and will not be reproduced in the e-book version. At least not without permission)

No, I firmly believe that it is the words are what make the work and gives it continue life to merit being published in multiple formats, not the dust jacket. It is because of the content that we continue to read Shakespeare, Rashi, and Ruth. In fact, I would hazard a guess that we would not be terribly impressed with the “quality” of the original “publication” of those works, at least not in the aesthetic sense that seems to matter so much to Galassi.

Of course, Mr. Galassi’s comments make me wonder what major authors Farrar, Straus & Giroux have in their stable. Could it be that some are getting ready to publish their works electronically with someone other than FS&G? 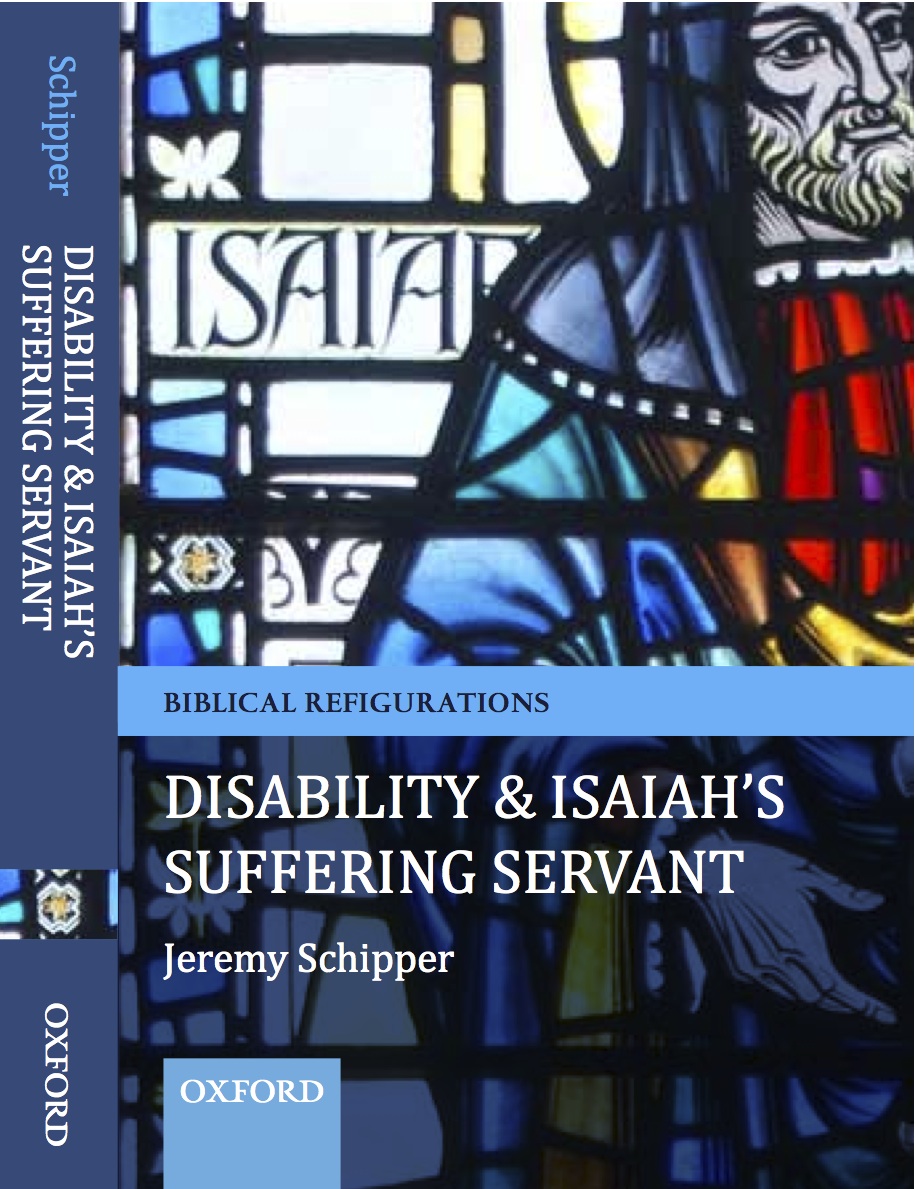 I am very pleased to announce a new book by friend and colleague Jeremy Schipper. Disability and Isaiah’s Suffering Servant is coming […]

UPDATE: Fred Small who is the pastor of the Unitarian church that invited Garrison Keillor to speak has posted a rebuttal. John is […]