Philip is a scholar of religion and colleague of mine at Penn State. He is also a national (NY Times) bestseller. This morning he emailed me a copy of his latest article from The Christian Century and gave me permission to reproduce it here.

Chicago, and my friendly driver proved to be a Nigerian from the Yoruba people. As the traffic gave us lots of time to talk, I soon found that this man was a pastor of a Nigerian-based congregation about which I had written at some length, one of the so-called
Aladura churches. Indeed, he was the nephew of the church’s founding prophet, and whenever the prophet visited the U.S. he normally stayed
in his nephew’s apartment. The image startled me: drawing from the Old Testament, I had always imagined prophets laying their weary heads in caves or under trees, and not in a comfortable Chicago apartment. Yet another biblical stereotype bit the dust.

This encounter stirred other thoughts about the presence of churches from the global South in North America and Europe. For decades now, ministers and missionaries from Africa, Asia and Latin America have been active in the global North, and such churches are easy enough to find in most major cities: just look at the Yellow Pages. But these bodies have not registered much in popular consciousness. When local news media discover their existence, as they do every couple of years, they normally report the story as a curiosity, an ironic reversal of the once-familiar pattern of missionaries heading from the U.S. to Africa or China. And when media report in those terms, they miss one of the most important stories in the modern history of Christianity, namely the prolific emergence of new independent an prophetic churches and, no less important, their projection onto a global stage.

Stories of that kind can be told of many parts of the world-but just to pursue the present example, let’s look at the Aladura tradition. Among North American Christians, the name Aladura is all but unknown to nonspecialists, but a case can be made that this dynamic movement cries out for coverage in any account of 20th-century church history. Few religious groups exemplify globalization better than the Nigerian congregations.

A hundred years ago, the Anglican Church was making some converts in the land that we today call Nigeria, especially among the Yoruba people. In fact, the church became too successful. It spread such a passionate thirst for immediate spiritual experience, for prophecy, for healings and visions, that fervent believers broke away to form societies for prayer and healing. These Christians attracted the name Aladura, “owners of prayer.” With their strict focus on healing, the believers received an enormous boost during the great epidemics that swept West Africa during and after World War I.

Soon several new churches existed. Scholars normally list four main groupings-Christ Apostolic Church, the Church of the Lord (Aladura), the Celestial Church of Christ, and the Cherubim and Seraphim-although these were as prone to splits as Baptists have been in U.S. history. The Cherubim and Seraphim alone may have 200 breakaways. One veteran of that church went on to form the Redeemed Christian Church of God, one of the most rapidly expanding branches of the family. Like other groups, the RCCG has come to look ever more Pentecostal in its worship style.

Estimates of total numbers vary-no surprise there-but the different churches combined probably have 14,000 parishes in Nigeria alone, where they claim some 12 million followers. They also boast a stunning global reach, with a fiery sense of mission. Their greatest successes have been among the sizable African communities within Europe, where they provide a major and little noticed religious counterweight to the much better publicized Islamic immigration.

By far the most successful missionary group is the RCCG, which operates in a dozen African countries as well as Europe and the U.S. and dreams of converting Islamic North Africa. Apart from its open presence in England, France and Germany, it has planted many ministries under other names. One of its foundations, London’s Jesus House, is one of England’s largest megachurches. The RCCG has also grown fast in the U.S., building from its original base among Houston’s flourishing Nigerian community. Today it claims 200 American parishes, as well as a national headquarters in East Texas. What we seem to have here is the opening phase of an influential new global denomination.

The fact that most of us have never heard of these churches tells us a great deal about how we filter and interpret information. However active they may be, however ambitious in their scope, they just seem so irrelevant to Northern-world debates and concerns that we scarcely notice them. In contrast, we pay enormous attention to-for instance-the conservative Africans who play a role in sexuality debates within mainline Northern denominations. So these independent congregations don’t feature on our mental maps until suddenly, almost with shock, we realize just how much they are among us.

There is nothing that can replace the absence of someone dear to us, and one should not even attempt to do so. […] 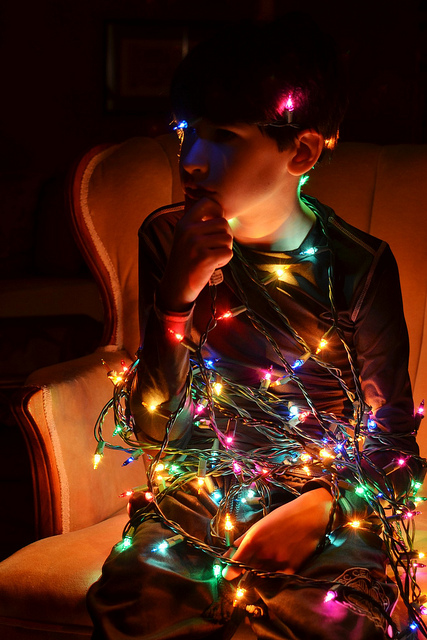