What should we call the Hebrew and Aramaic texts that make up the Jewish canon and a good portion of the Christian canons? That is the question being tossed around by several bibliobloggers. It started with Claude Mariottini writing in response to the Chicago Tribune, “In realm of language, change is a constant.” I found it first through Tyler William’s response to Chris Heard. I now see that Duane Smith has joined in and you can follow various other links through those stories.

In general I prefer and tend use Tanakh in the classroom, but then again I am an “Associate Professor” (I will let others decide if I should be esteemed. But notice that I specified “in the classroom.” I think the real key here is context and this should take us back to the ChiTrib concern that started this whole thing (but I think Heard is right, McNulty’s reasoning, and therefore his argument, fail). If I am speaking to our local Jewish congregation I use Tanakh as a general term and tend to be even more specific if I am referring to the Torah, or the Nevi’im, or the Ketuvim. I do so out of respect, but also for clarity. For that community those are the names of their canonical units. (I will also refer to the Babli, Mishnah, and so on.)

If I am in our local Episcopal church, I know that many there not only know but militantly insist upon “First Testament” or “Hebrew Scriptures.” But I am a member of that community and I follow that tradition which acknowledges that there is a corpus and revelation that came chronologically after those earlier works. So will most often refer to the “Old Testament” reading, and so on.

Returning to my class, I always, for every class, have a session on canon and I make it clear that there is no single term that will best fit everyone in the room (since we always have a mix of Jews, Christians, and various other faiths or lack thereof). I tell them I will tend to use Tanakh, but even that is less than helpful depending upon the course. In Second Temple Judaism, for example, we spend a lengthy amount of time on canon and the permeable nature of its borders during that time.

UPDATE: It seems Richie of An Ecclesiastical Mutt has already made similar observations to mine. And Mariottini has a follow up post as well. 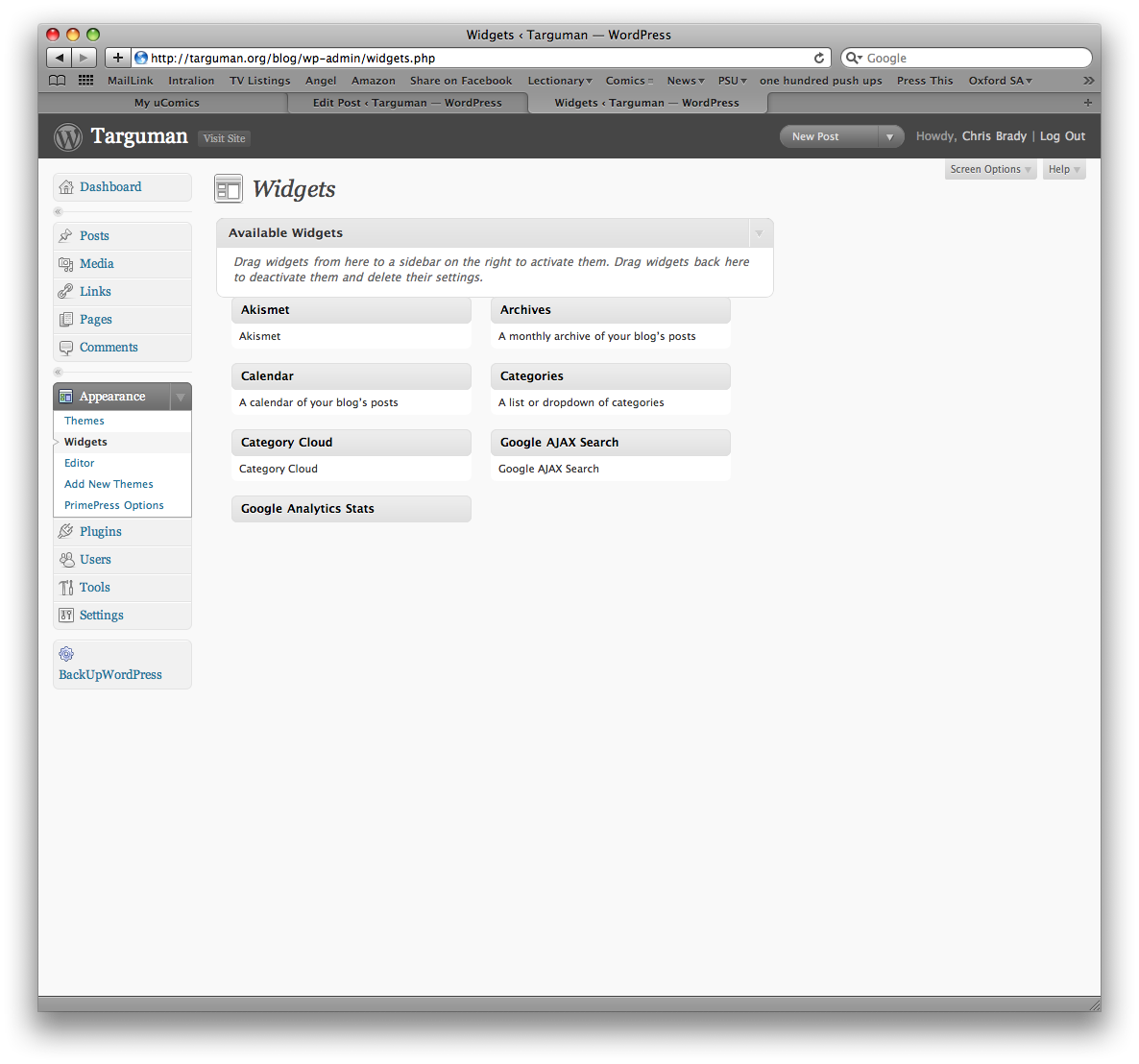 UPDATE: It looks as if the solution is “wait until updated plugins come out.” Since one or two of them (like Twitter […]

This past weekend my brother-in-law pulled a black case out of the basement. There, neatly organized into its separate compartments, was the […]

Last week the university released its annual video greeting. I was honored to have a brief appearance. If you are interested in […]